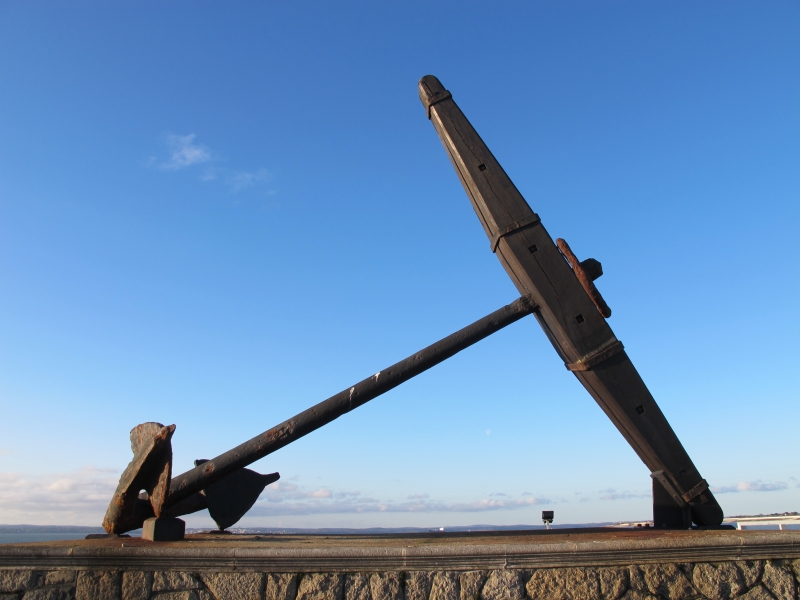 Monument. Anchor from HMS Victory (ship laid down in 1759,
launched in 1765) set on battered granite stone plinth with 2
granite stepped bases. Inscription reads 'The Victory's Anchor
Oct. 21st 1805'. Main inscriptions read 'The Battle of
Trafalgar. The British fleet consisted of 27 sail of the line;
that of the allies of France and Spain 33, of these 19 were
taken or destroyed by Lord Nelson' and 'Near this memorial on
the 14th September 1805, Admiral Lord Nelson embarked for the
last time, being killed on the following 21st October at the
victorious Battle of Trafalgar'.
(Berridge DW: Monuments and Memorials in the City of
Portsmouth: 1984-).