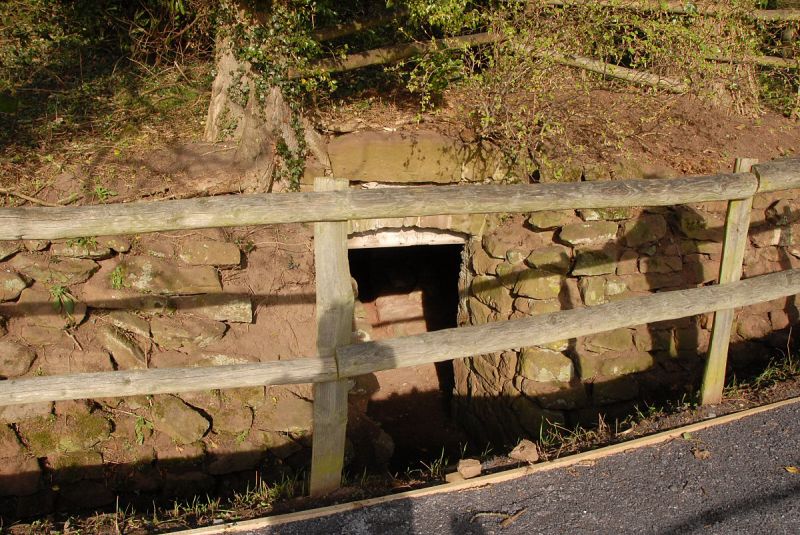 Ice House. c1805; for Richard Congreve. Coursed and random
rubble red sandstone. Two subterranean chambers linked by a
central passage with access to both chambers via stone steps.
EXTERIOR: arched south opening is approached via steps from
both east and west, 10 and 14 steps.
INTERIOR: opening leads into a chamber approximately 3m wide,
6m long, with a segmental vaulted roof and bedrock walls. Link
passage is approximately 1m wide, 7m long, with coursed rubble
walls and roof of stone lintels side by side. The second
chamber is approximately 3m wide, 5m long, and contains a
central trough approximately 1m by 1.5m raised 0.33m above
floor level. This chamber is illuminated by a shaft to ground
level which is covered by a metal grille. A narrow passage in
the east wall of this chamber contains 5 steps and then turns
south with 24 steps to ground level.
HISTORY: the ice house survives from the Burton Hall which
preceded the existing Burton Manor (qv).