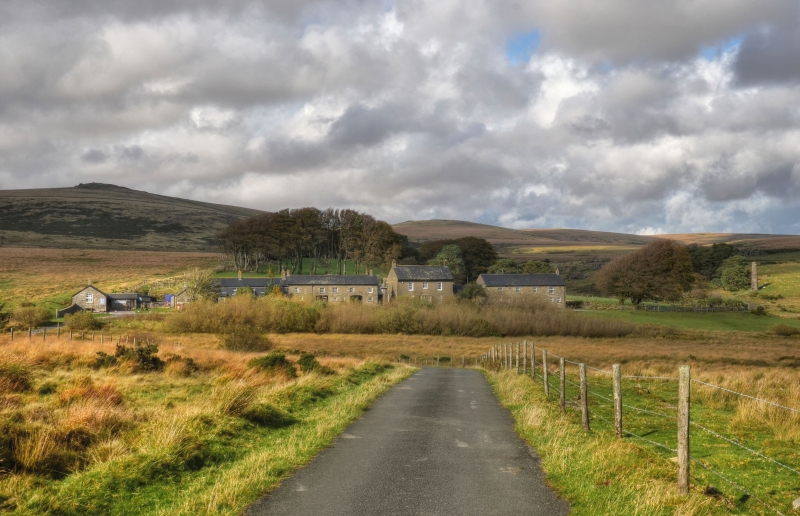 A single storey range with inserted openings connects the house to a 2 storey; 10-window cooperage, with almost-square ground-floor windows, and 4 first-floor windows, the outer ones larger. E gable has right-hand doorway. Rear altered, with remains of similar ground-floor fenestration, and inserted garage doors.

INTERIOR: House has a central dogleg stair and original joinery with moulded architraves and panelled doors. Cooperage has large fireplace at each end; floor and roof renewed c1990.

HISTORY: The gunpowder works was operating by 1846, supplying mining and quarrying interests, and closed in 1897. The gunpowder factory and its associated grouping of housing and workshops is a prominent feature of the moorland landscape east of Lydford. It is also one of the best-preserved water-driven powder works of the period, the remains of the works to the north being a Scheduled Ancient Monument. Although the workers' housing has been too altered to merit listing, the manager's house is the best surviving example associated with this industry after Ponsanooth in Cornwall: the attached cooperage, distinguished by its fenestration and one of the key functional buildings of a powder works where powder barrels were stored and manufactured, is the best surviving example associated with this industry in England.