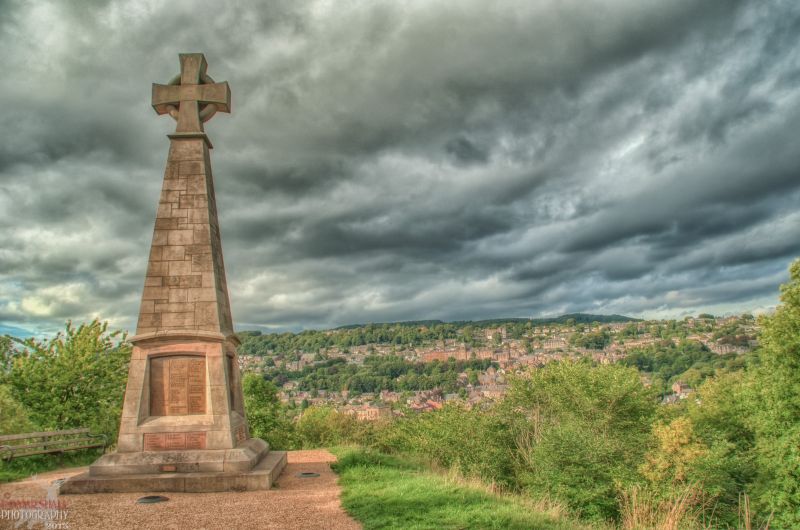 History: The erection of a monument in Matlock was delayed by discussions as to the most appropriate design and location. It was finally decided that the memorial should take the form of a cross, as a symbol of God's sacrifice of his son, and be located on Pic Tor, a limestone outcrop overlooking the town. The monument, which cost approximately £500, was designed by William Nathan Statham, a local artist and photographer, and built by John William Wildgoose, a local builder and quarry owner. It was unveiled on 7 August 1921 by Mr F C Arkwright, who lost a son and son-in-law during the First World War.

Summary of Importance: War memorials have a very strong historical and cultural significance on both a local and national scale. In terms of its size and prominent location overlooking the town, this is an impressive example of a war memorial.