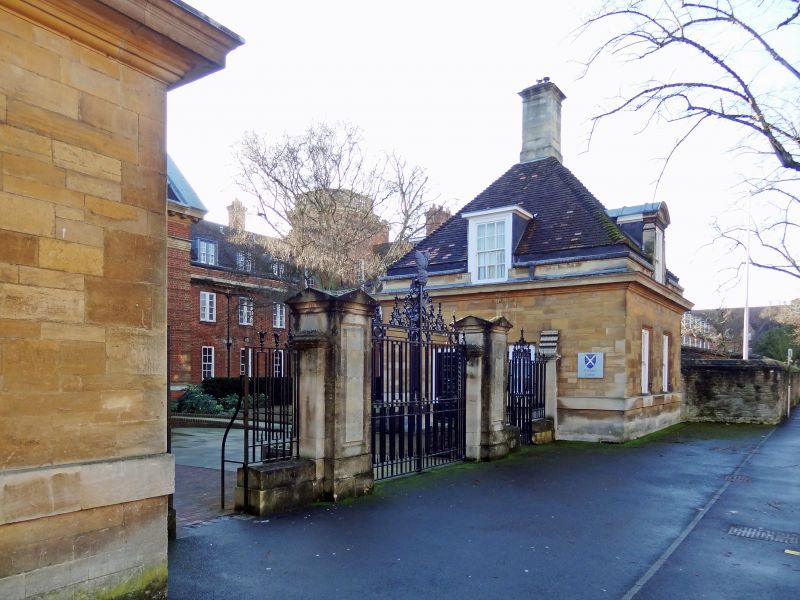 HISTORY: St. Hugh's was founded as St. Hugh's Hall in 1886 for female students and was the third such foundation at Oxford. In 1911 it became a college by name, and in 1959 a full college.

SUMMARY OF IMPORTANCE: Pair of lodges and gates creating a grand ashlar entrance to St. Hugh's College, arranged in a symmetrical composition to create an architectural focal point of entrance/chapel building. The lodges are of much the same First-War date as, and by the same architects (Buckland and Haywood) as, the main College building, also recommended for listing. The lodges and associated gates and walling are elegant and carefully detailed, and part of the overall public face of the college.