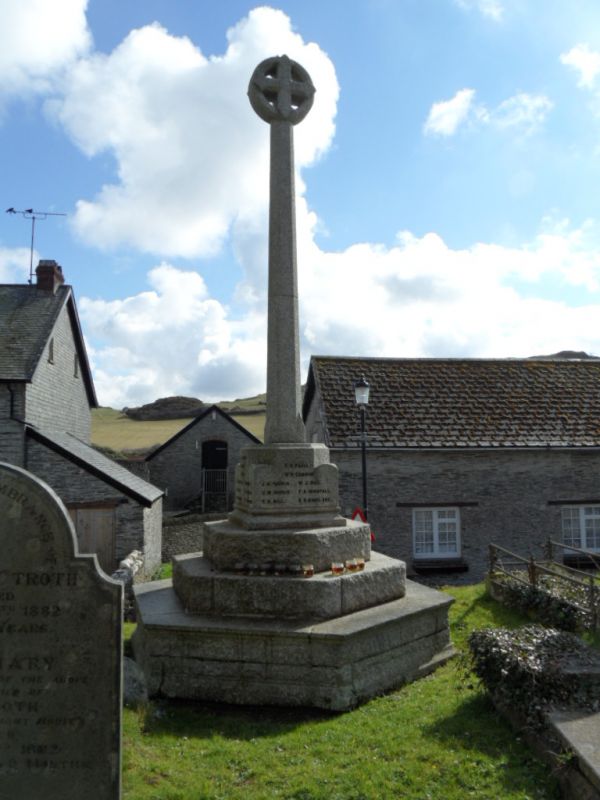 PLAN: It has an octagonal plan.

REASON FOR DESIGNATION:
The war memorial at Mortehoe is designated at Grade II, for the following principal reasons:
* Social interest: it is an eloquent witness to the impact of tragic world events on this community
* Architectural interest: it is an elegantly designed stone cross that reflects its historic setting
* Historic interest: it has strong cultural and historical significance within both a local and national context
* Group value: it has strong group value with the Grade I Church of St Mary Magdalene and the Grade II lych-gate

This List entry has been amended to add the source for War Memorials Online. This source was not used in the compilation of this List entry but is added here as a guide for further reading, 8 December 2016.