A Grade II Listed Building in Redcliffe, Kensington and Chelsea 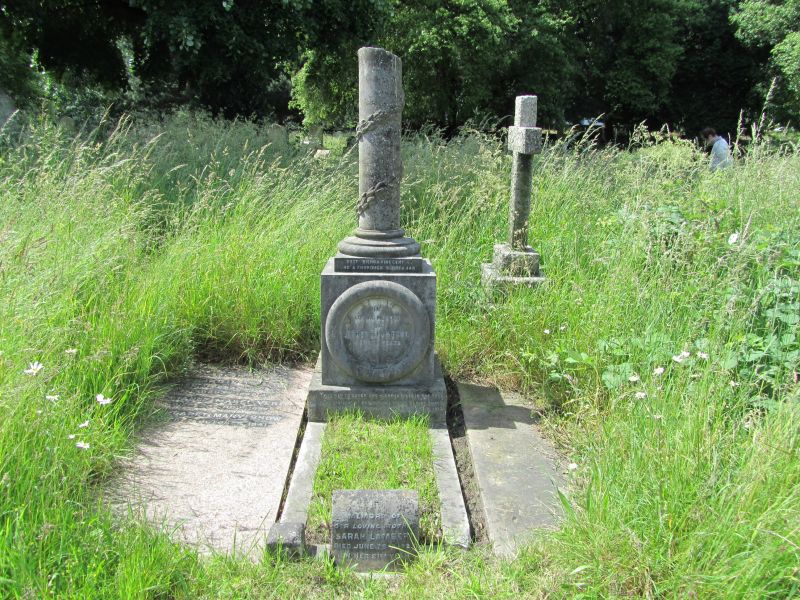 A broken column with a bay leaf garland stands atop a three-stage pedestal, whose cubic middle stage is carved with a motor car wheel with broken spokes and air valve. Dedications to Lambert's immediate family are applied to the vertical sides of the cube and plinths. The epitaphs on the plinths to Lambert read, from top to bottom: 'A modest friend, a fine gentleman / and a thorough sportsman; The first man to cover one hundred miles in one hour / killed by accident at Brooklands motor racing track / whilst attempting further records October 31st 1913.'

Percy Lambert (1881-1913), son of Charles and Sarah, worked in the motor trade with his brother Harold Charles Lambert. He first raced at Brooklands in Surrey in 1910 and was a popular driver, winning several races. Brooklands was the world's first purpose-built motor racing circuit, and staged the first official race in 1907. Lambert was the first person to set the record for driving one hundred miles in an hour on 15 February 1913 at Brooklands. A few months later, having promised his fiancée it would be his last attempt, he was killed trying to beat the record after a rear tyre disintegrated; the wheel with the broken spokes on his memorial aptly symbolises the tragedy.

* Historic interest: commemorates Percey Lambert who broke speed records in the earliest years of motor racing at Brooklands, the world's first racing circuit, and poignantly recalls the ultimate dangers of the sport
* Design interest: the monument with its broken car wheel clearly refers to Lambert's occupation as well as to the manner of his deat
* Group value: with other listed tombs in the Grade I-registered Brompton Cemetery.