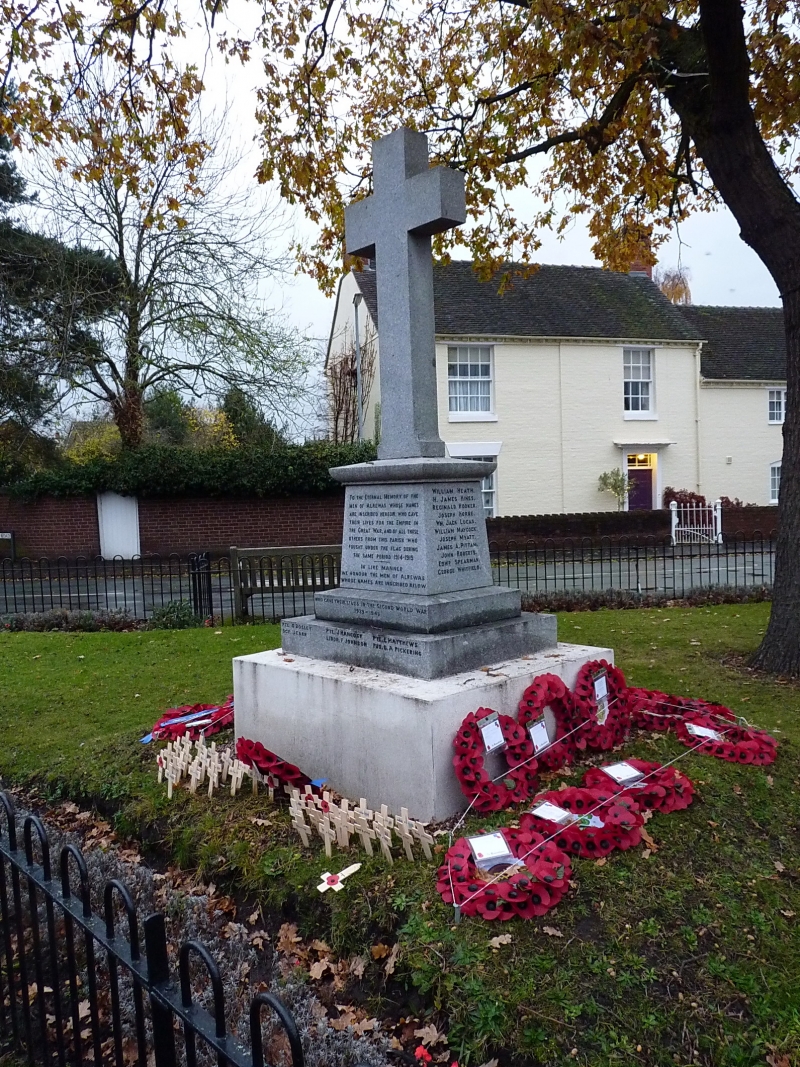 The memorial stands on the Village Green in the centre of the village and in close proximity to a number of listed buildings. The triangular lawn is enclosed by railings and benches face outwards from two sides of the Green. Originally the memorial was enclosed by a timber fence. The grey granite memorial takes the form of a plain Latin cross rising from the shallow cornice of a square, tapering, plinth. The plinth stands on a square, three-stepped, base, the bottom step of which is concrete.

Alrewas War Memorial, funded by public subscription, was dedicated on 16 January 1921 at an ecumenical Parade Service. The memorial was unveiled by Col WE Harrison OBE and dedicated by Rev A Paice. Following the end of the Second World War inscriptions were added to commemorate local servicemen who died in that conflict. Conservation and repair work was carried out in 2014, funded by War Memorials Trust. This included the inscription of newly-researched names.

Alrewas War Memorial, situated on the Green at the junction of Main Street and Post Office Road, is listed at Grade II for the following principal reasons:
* Historic Interest: as an eloquent witness to the tragic impact of world events on this local community, and the sacrifice it has made in the conflicts of the C20;
* Group value: with Home Farmhouse and 2, Post Office Road, both Grade II-listed.