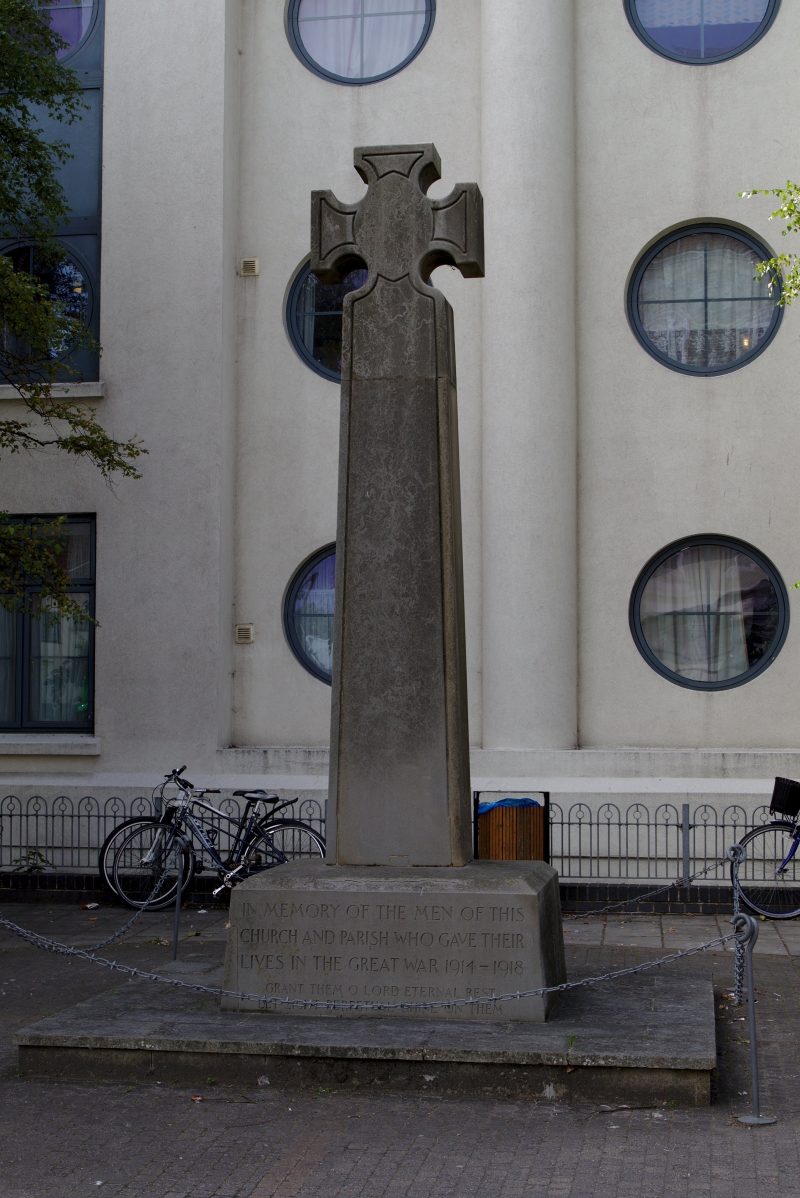 A First World War memorial, built about 1920; with later additions for the Second World War.

A First World War memorial, built about 1920; with later additions for the Second World War.

DESCRIPTION: it consists of a tall, square-section cross pattée with incised margins, on a low base.

INSCRIPTION: the front face of the base is inscribed: IN MEMORY OF THE MEN OF THIS / CHURCH AND PARISH WHO GAVE THEIR / LIVES IN THE GREAT WAR 1914-18 and GRANT THEM O LORD ETERNAL REST / LET LIGHT PERPETUAL SHINE ON THEM. The names of the 96 servicemen are inscribed on the sides and back of the base.

The aftermath of the First World War saw the biggest single wave of public commemoration ever with tens of thousands of memorials erected across England. This was the result of both the huge impact on communities of the loss of 750,000 British lives, and also the official policy of not repatriating the dead which meant that the memorials provided the main focus of the grief felt at this great loss.

One such memorial was raised at Worthing, as a permanent testament to the sacrifice made by the parishioners of St Paul’s Church who lost their lives in the First World War.

In 1963-1964 the memorial was moved from its original location on the lawn to the north of the church to allow the building of the church hall. It now stands on the forecourt just outside the church.

Historic interest:
* As an eloquent witness to the tragic impact of world events on the local community, and the sacrifice it made in the conflicts of the C20.

Architectural interest:
* For its design, a well-executed stone memorial.