A Category A Listed Building in Bonhill, West Dunbartonshire 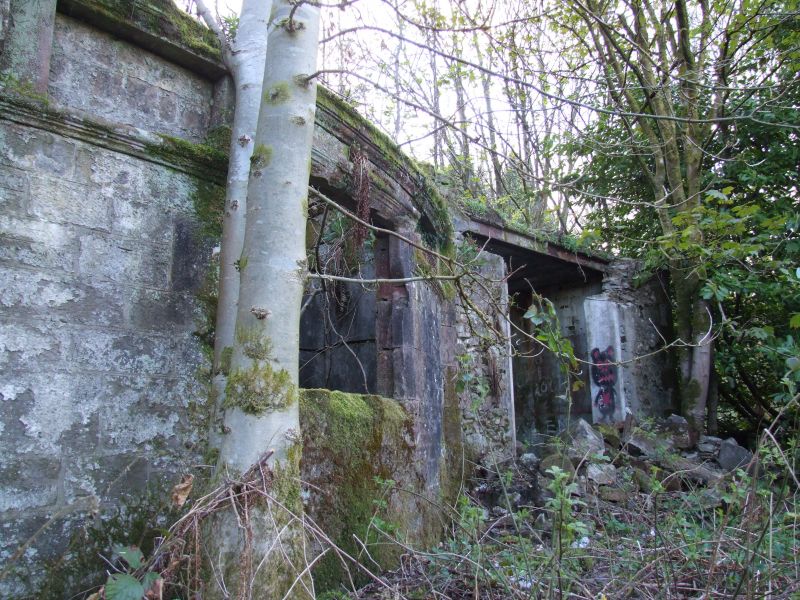 INTERIOR: boarded seating along each side; chevron timber floor.

The land was settled on James Lindsay and his wife Sarah Brisbane Lindsay in 1670, and a house stood on the site at this time. The property was called Stuckrodger at this time. In 1774 Stuckrodger was acquired by Charles Scott of Dalquhurn, a Glasgow merchant and it appears that the house as it now appears dates from this time. The house name was changed to Woodbank. In 1885 William Ewing-Gilmour of Croftenga was the occupant of the house and it is likely that the later additions date from his occcpancy, the coat of arms on the W wall is the same as that on the Masonic Hall in Alexandria. The house bcame a hotel in the 1930s, and beame the Hamilton House Hotel in the 1980s. The house was featured in Scottish Civic Trust BUILDINGS AT RISK (1994). The former stables and garage buildings are in poor condition to the E.