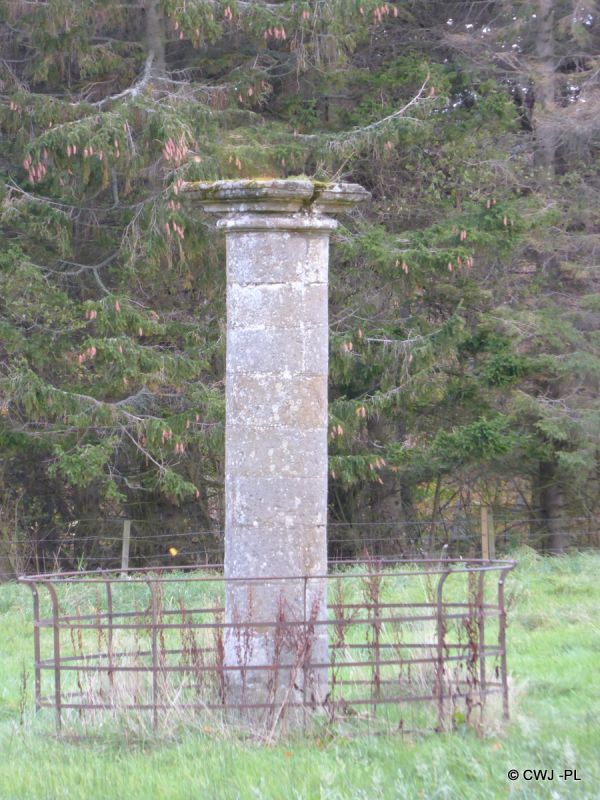 Appearing on the first edition Ordnance Survey map as Old Fochabers Cross with Jougs attached, and now (2007) known locally as 'The Jougs', this unusual early Market Cross stands on the site of Old Fochabers, which Pennant refers to as 'a wretched town, close to the castle'. The fine new town of Fochabers was begun in 1769, and all that remains of the early burgh is the mercat cross and one cottage, both sited within the grounds of Gordon Castle. McKean says that the cottage is thatched and was 'used until recently as the castle fruit store'. The earlier listing of the Market Cross mentions a length of iron chain embedded in the stone work at mid height. This was the 'jougs' and would have been linked to manacles for securing offenders. The columnar style for early market crosses is relatively unusual, and those similarly early examples sketched by Small appear mostly as more slender forms incorporated into rather more elaborate crosses.