A Category B Listed Building in Eccles, Scottish Borders 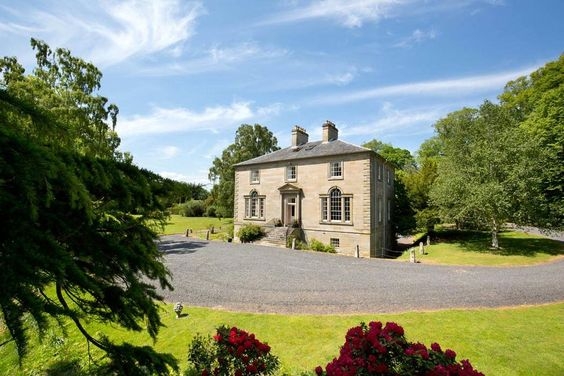 Copies of plans and elevations, dated 15 June 1816, are held in the SRO. Signed by William Leitch (noted as 'Factor, Home Estates), these were commissioned by the Rt Hon Sir Alec Douglas-Home. Once a dower-house of The Hirsel (see separate list entry, Coldstream Parish), this impressive classical villa retains much of its original detailing - the Venetian windows and pedimented doorpiece being particularly notable. Rutherfurd notes a Miss Hunter and Miss Elizabeth Bell as occupants in 1866. The former stable block (now Springhill Gardener's Cottage) is listed separately.