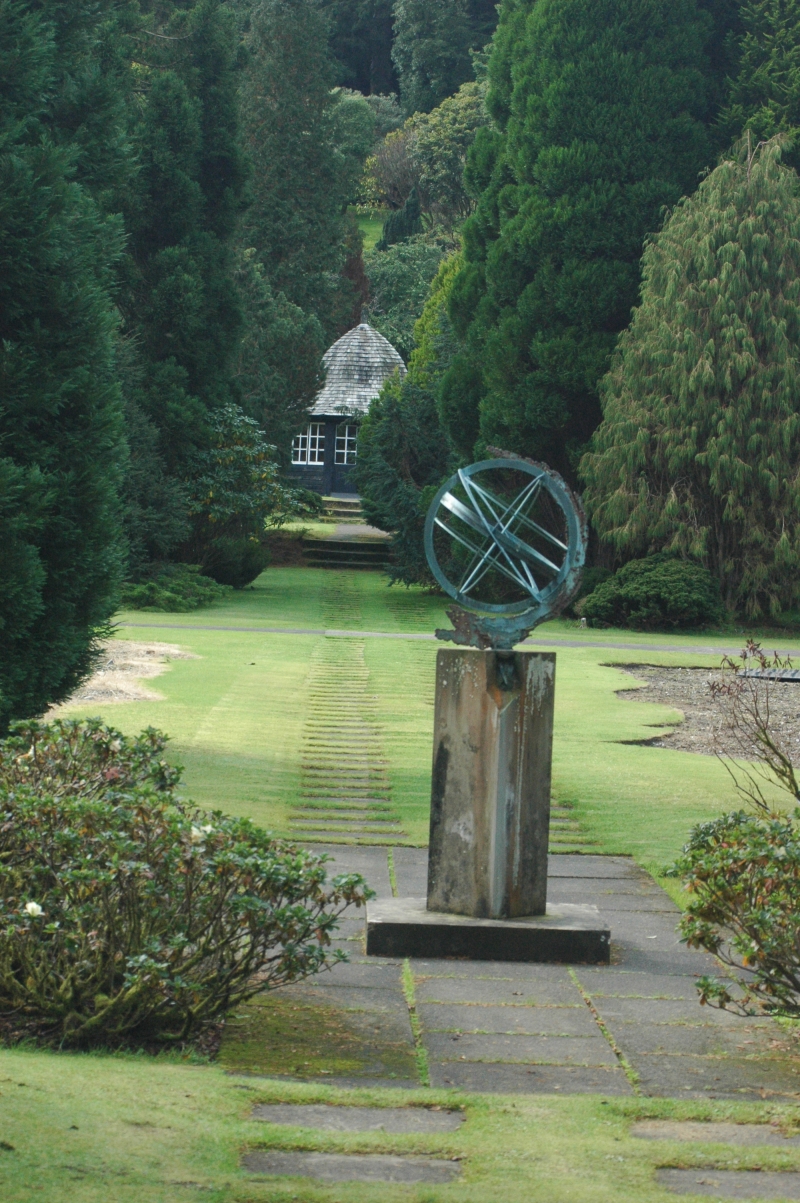 The walled garden at Benmore is part of the overall designed landscape and an example of a large formal garden of the late 19th century. It contributes to the landscape at Benmore and the development of the garden.

This large walled garden is roughly rectangular, walled on the N, E and S sides. Some of the N boundary is made up of the rear wall of the steading buildings. The garden house, on the NE corner, is rectangular-plan, 1½-storey and gable-roofed, with mullioned and transomed windows and stone skews, half within and half without the walled garden, the roof stepped down at the division. Adjoining this to the W is the only remaining section of greenhouse.

The bronze fountain in the Duck pond to the S of the walled garden is of a winged cherub and fish and originally stood in the formal garden.

Until the late 19th century the walled garden for the estate was situated further to the S, close to the Golden Gates. Around 1875 the present walled garden was built, incorporating both the kitchen garden and a large formal garden. Early photographs show the walled garden in its prime, with large greenhouses dwarfing the garden house. A series of footpaths divided the garden. Formally placed towards the E end was the bronze cherub fountain. This was later moved to its present location in the duck pond, replacing another fountain. Most of the greenhouses were already in ruin by the early 1900s and were cleared through the 20th century. An armillary sundial of 1978 now stands in the place of the fountain and a new focus has been provided at the W end by the Bayley Balfour Memorial Hut (separately listed).

In 1870 the Benmore Estate was acquired by James Duncan, a Greenock Sugar Refiner. Duncan carried out many improvements to the estate, including extending the house and building a number of workers' cottages. At the same time, Duncan built the walled garden and enormous greenhouses on 3 sides.

Benmore Estate is perhaps best known as the setting for Benmore Botanic Garden, run by the Royal Botanic Garden Edinburgh. The garden and designed landscape is notable for the collection of coniferous trees, planted by successive owners since c1820.

Part of B-Group including Benmore House, the Steading, North Lodge and Gates, the Golden Gates, 'Puck's Hut', the Fernery and the cottages to the E of the walled garden (see separate listings).