A Category A Listed Building in Hutton, Scottish Borders 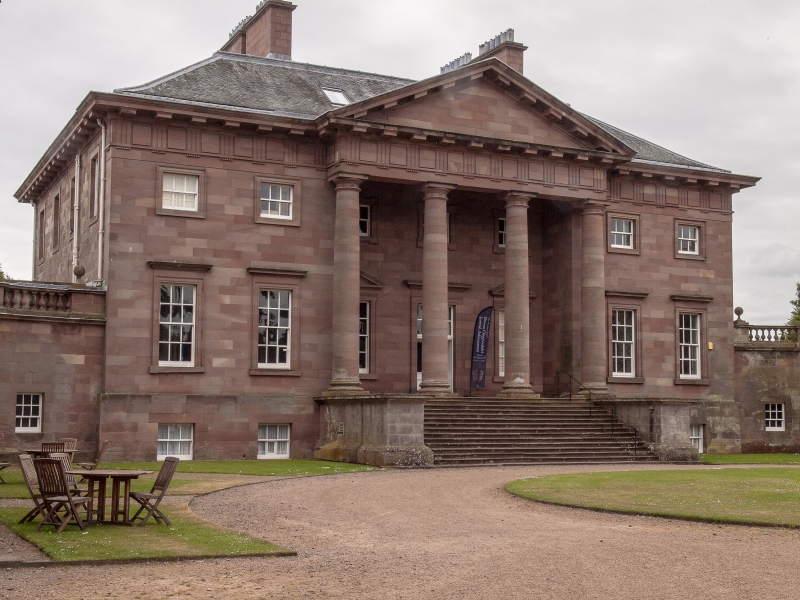 Paxton House Estate A Group comprises 'Boundary Walls, Railings & Gatepiers', 'Bridge', 'Dene Cottage', 'The Dower House', 'Entrance comprising South Lodge, East Lodge, Quadrant Walls, Piers & Entrance Screen', 'Garden Cottage', 'Ice House', 'North Lodge & West Lodge', 'Paxton House', 'Walled Garden' - see separate list entries. Built for Patrick Home of Billie under the supervision of James Nisbet, master mason, Paxton House is one of Scotland's finest examples of neo-Palladian architecture, and as such, a fine example of the work of the Adam brothers, deriving influence from Colen Campbell's VITRUVIUS BRITANNICUS (1715) and Isaac Ware's COMPLETE BODY OF ARCHITECTURE (1756) - both of which were owned by John Adam. Campbell's design for Shawfield Park, Glasgow and Ware's unexecuted design for James Murray of Broughton at Cally, Gatehouse of Fleet, Girthon Parish (by Robert Mylne), were obvious starting points for Paxton's rear and front elevations respectively. Ware described his design as '...an elegant and useful house; modern in design and moderate in the expense' - qualities required by Patrick Home the following year. As well as being an outstanding piece of Palladianism from the outside, Paxton is also notable for its interiors, with good examples of both 1760s austerity (entrance hall) and later, lighter work thought to be by Robert Adam (drawing and dining rooms). Furthermore, the majority of rooms are furnished with important pieces of furniture by Chippendale. Robert Reid's picture gallery and library wing, commissioned by Paxton's then owner George Home, also has a fine, rather more severe interior - the gallery being particularly impressive as it is the largest private gallery of any country house in Scotland and is hung with paintings from the National Gallery of Scotland. The house is now owned by the Paxton Trust and is open to the public (1999). The former outbuilding to the SW is now a private residence called 'The Apple House' (1999).