A Category B Listed Building in Kinghorn, Fife 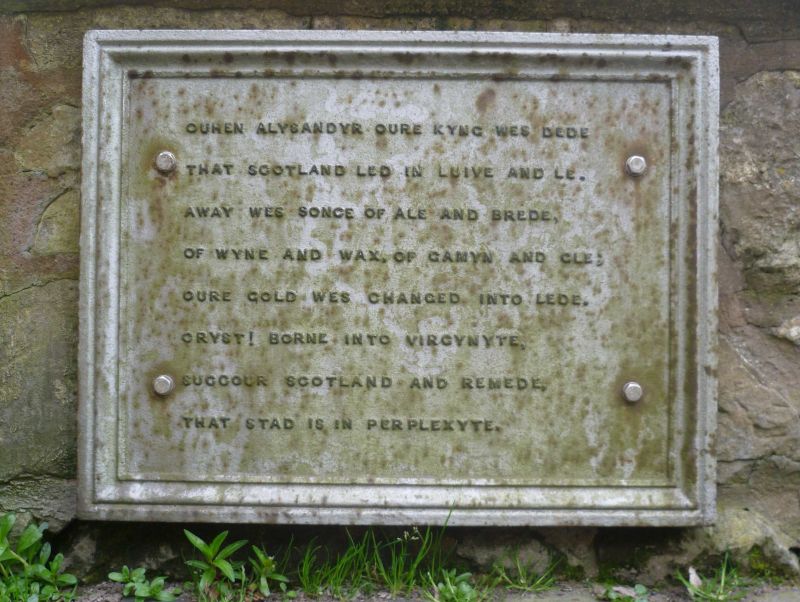 Alexander III met his death on or near the spot which tradition has attached to the Black Stone upon which this monument is erected. Various versions of his death abound but seem to agree that it resulted from a fall from his horse on a stormy night. Previously a stone cross marked the site but this was ruinous by the 19th century and Professor Bruce, owner of Kingswood lands, proposed a replacement as early as the 1840s. Interest was renewed by 1885 when donations were received from Queen Victoria (?15) and the Burntisland Oil Company (?10), the total cost being ?330. The memorial was unveiled on 19th July 1887, by the Earl of Elgin and Kincardine, Lord Lieutenant of Fife. Inside the pedestal is a jar containing items representative of the late Victorian period, including issues of various newspapers and coins. Stone was obtained from the Pentland and Solway Firths, most northerly and southerly limits of Alexander's kingdom, and from Dunfermline where he is buried. Up-graded C(S) to B 31.3.95.