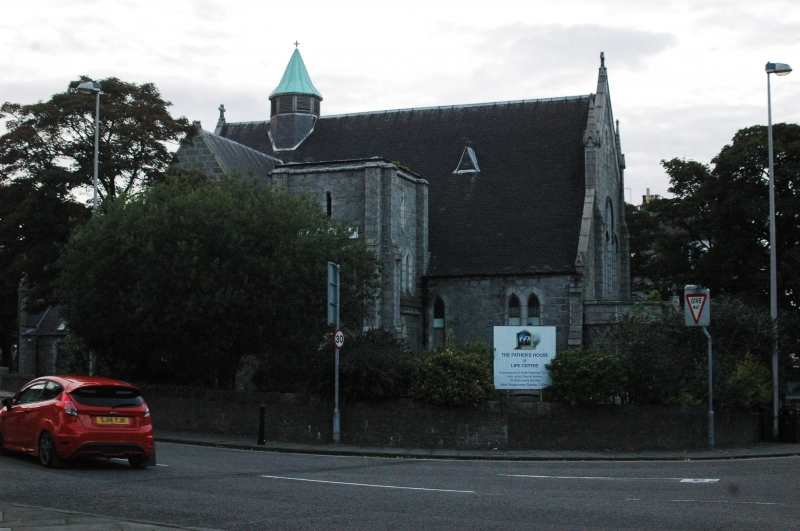 Gothic style church designed by William Smith, 1875-77. Cruciform-plan, pinned coursed rubble with unfinished tower in the angle between the nave and south transept. Interior subdivided to create an upper floor above the transept in the late 20th century.

Adjoining church hall at northwest designed in 1889-90 by architectural practice Jenkins and Marr. The interior of the church hall was converted for residential use in the 1990s.

The former Rosemount Parish Church is currently in use as a place of worship (2018).

The former Rosemount Parish Church is a good example of a Gothic style church built by a prominent regional architect during an intensive period of church building in Scotland in the second half of the 19th century. The church occupies a prominent island site at the junction of three roads and makes a significant contribution to the streetscape of the suburb of Rosemount.

The church was built by the Aberdeen Church Extension Association as the parish church for Rosemount and opened in 1877. Rosemount, a suburb to the north of Aberdeen city centre, developed from the 1830s with its greatest period of expansion occurring in the second half of the 19th century. The construction of the church hall was funded by the congregation of Rosemount Parish Church and completed in 1890.

William Smith was a prominent architect in Aberdeen and Aberdeenshire in the second half of the 19th century. Smith was the City Architect (Superintendent of the Town's Works) for Aberdeen City between 1852 and 1891. He is best known for his work at Balmoral Castle.