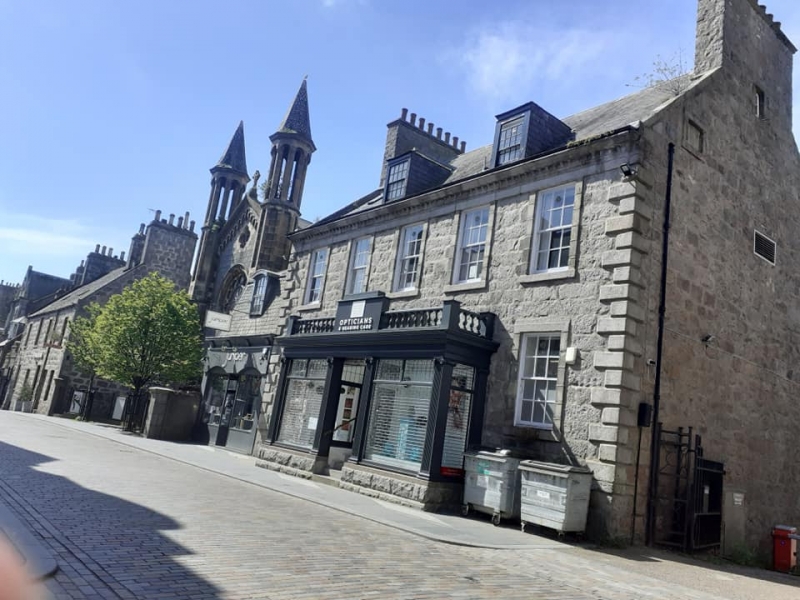 No 37 is a good example of a late 18th century townhouse and one of the earliest surviving buildings on Belmont Street. Situated next to the similar No 47 (see separate listing), it is one of the best-maintained buildings on this historically important street and adds considerably to the streetscape. No 37 was originally the new townhouse of the Menzies of Pitfodels who had moved from the Castlegate to what was then the edge of town. A stone balustraded and panelled forestair and plaque above the entrance consol have been removed and replaced by the current shopfront. There was also originally a pair of flanking pavilions (low wings) at either side of the property. Belmont Street was open pasture running alongside the Denburn until the 1770's from which point it was feued for building and quickly developed with a variety of uses and styles providing the street with an eclecticism uncommon within the commercial heart of Aberdeen. Currently occupied by Black and Lizars Opticians (2006).