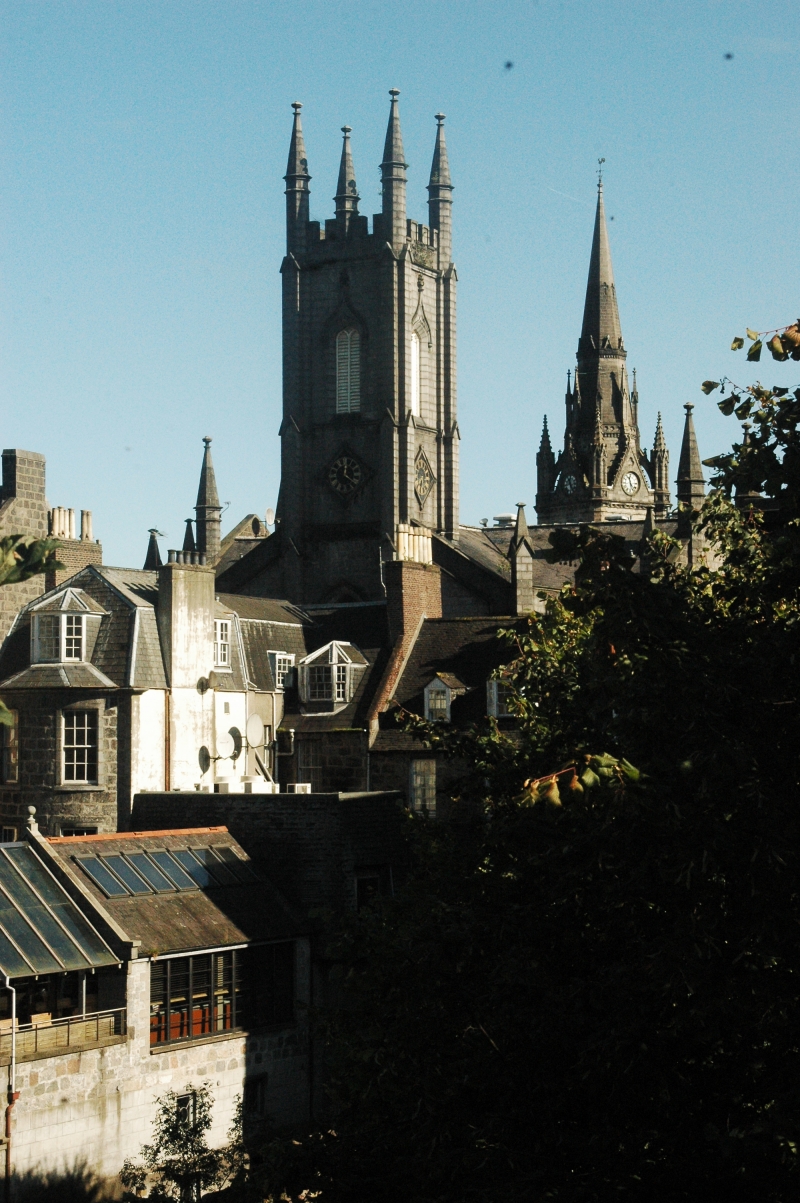 This striking building with its intricately detailed Romanesque apse is designed to be viewed from a distance, particularly from Union Terrace and the Rosemount and Union Street viaducts. The tall tourelles (towerlets) at each corner of the building are overscaled to give it even greater landmark presence, providing a valuable contribution to Belmont Street and the wider Aberdeen skyline. The Italian Romanesque style is unusual for Aberdeen.

James Souttar provided the designs while he was working in Stockholm and is perhaps his earliest extant building The apse is based on the one at Lund Cathedral. William Leslie, an Aberdeen builder and granite merchant (and member of the congregation), is credited with the execution of the former Belmont Congregational Church.