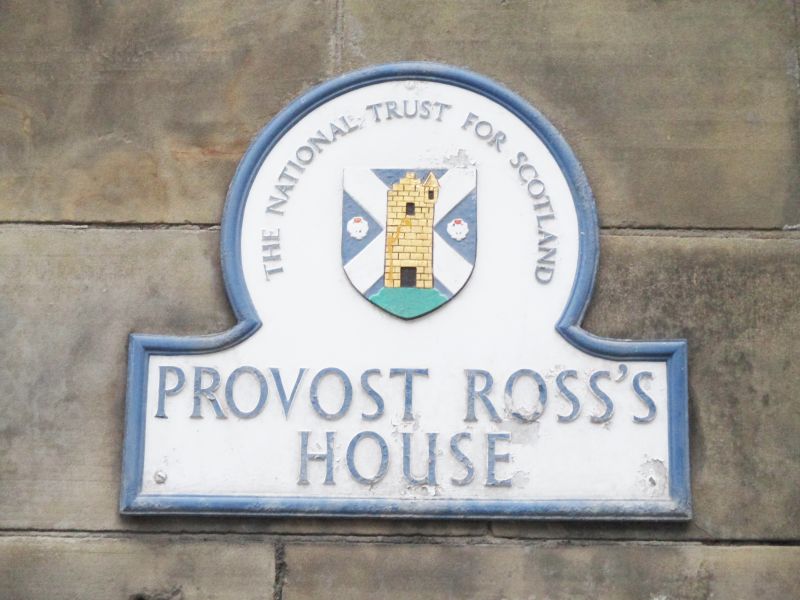 Listing Name: 48 and 50 Shiprow (Including Former House of Provost Ross)

Number 48 Shiprow, commonly known as Provost Ross's House, was constructed under the direction of master-mason Andrew Jamieson. It is the second oldest dwelling in Aberdeen (1593) and is the only survivor of a clean sweep of the area in the 1950's and 1960's. Previously listed separately but now merged with its neighbour at number 50, the two buildings reflect the highest standards of living among rich merchants and civic leaders in sixteenth century Aberdeen.. Its prominent orientation in Shiprow ' one of the principal thoroughfares of Medieval Aberdeen ' gives a clear idea of the original layout of the street. Each floor of the main block would have comprised two main rooms on each side of a central spiral-stair that was housed in the outshot to the rear. No 50 Shiprow is stepped downslope from Provost Ross's House on a slightly curved alignment, a rare example of terracing from such an early date. According to Geoffrey Stell, writing in Aberdeen Before 1800 - A New History, the building is probably of seventeenth century origin, refaced and remodelled in 1710 as part of a design incorporating ground floor arcaded shops.

Provost John Ross of Arnage became resident at Number 48 in 1702 and may also have occupied part of the adjoining house at No 50. By the mid 20th century, the two houses had deteriorated to dereliction and were threatened with demolition. They were acquired at the eleventh hour by the National Trust for Scotland and restored with support from the Trust's members, the City of Aberdeen and the Associated British Picture Corporation. Re-opened by the Secretary of State for Scotland in 1954, the buildings are presently leased by the Trust to the Aberdeen Maritime Museum of Scotland. Access to the 1996 glass-fronted museum building is achieved via two openings at the W gable of No 50 at ground and first floor levels. The glass 'gap site' building links the Provost Ross House to the former Trinity Congregational Church, which has also been converted as part of the Maritime Museum.