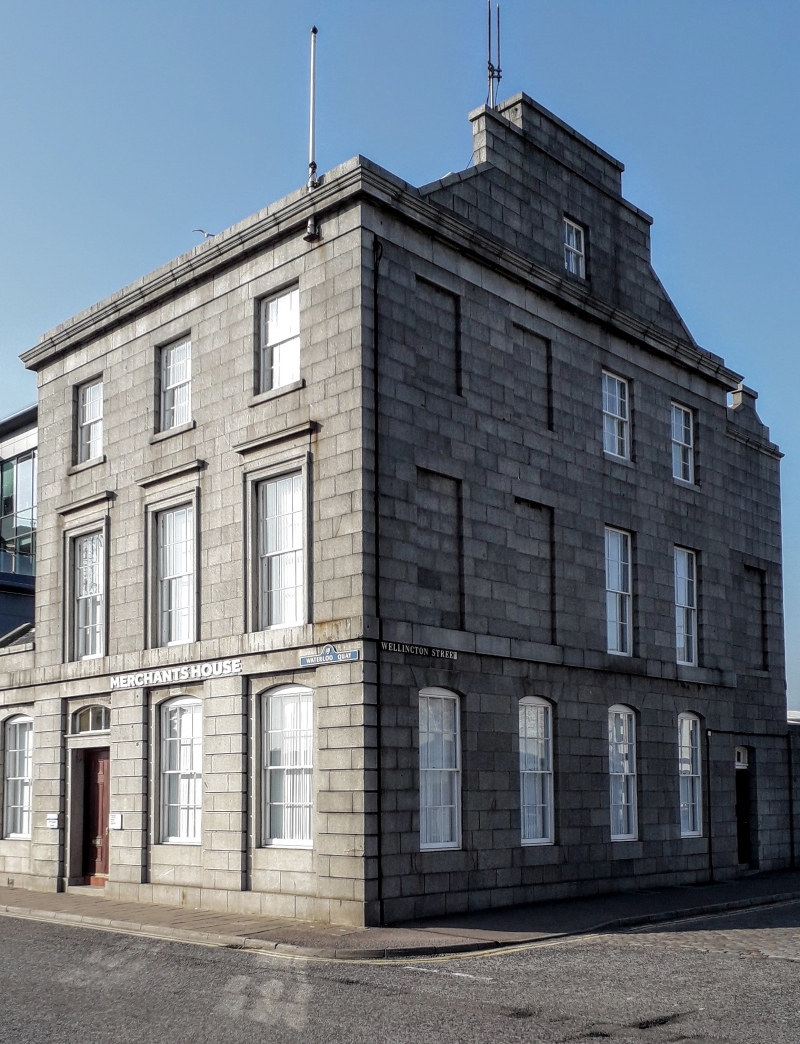 87 Waterloo Quay is well-tailored to its prominent corner position overlooking the harbour. The building's refined Classical styling has been attributed to John Smith, the renowned 19th century architect responsible for much of Classical Aberdeen. His Classical commercial and residential plan designs for the harbour area were only carried out in part, and much of his work was demolished during the mid 20th century in order to attract new shipping business to the area. No 87, built for the then recently established Aberdeen Steam Navigation Company, is a rare survival from his original plan and it is likely he had a hand in the design of the building itself.

The harbour at Aberdeen accounts for the city's prosperity, representing the key to its history. Development of Aberdeen Harbour gathered momentum from the late 18th century when the physical restrictions caused by the shallow depth of the Dee estuary became problematic for increasingly heavy trade. In the 18th century, the Shiprow quayside was greatly increased forming the terrace which was to become Regent Quay. The 18th century buildings that line Regents Quay originally looked out over the sands and tributaries of the Dee, before the construction of Vicoria Dock (1848). John Wood's map of 1810 shows the location for the intended wet dock, running the length of the as yet unnamed Trinity, Regent and Waterloo quays, all designed by renowned engineer Thomas Telford during the 1840's.