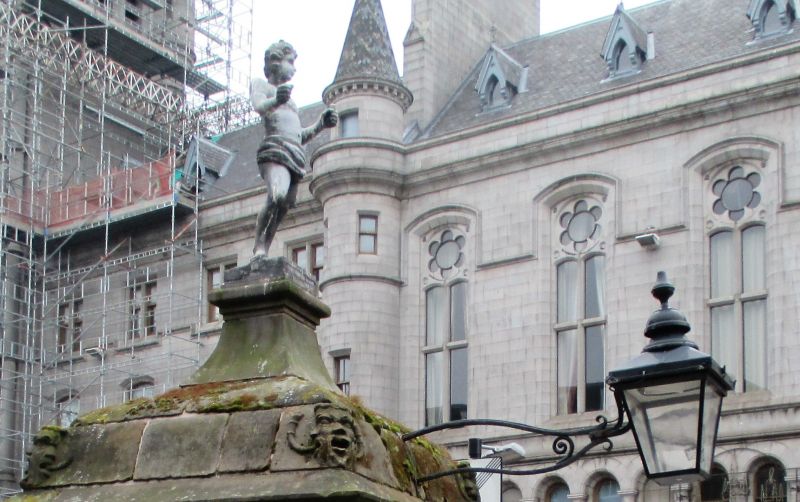 Situated originally at the East End of Castle Street, this water cistern was the first to provide piped water to the city. It is an important part of the city's engineering and social history and forms a significant part of the streetscape. The well was originally to have a number of gilt figures but the cost of £1,571 proved too much and a single figure, locally know as 'The Mannie' was erected. On special days, the carved heads at the corners spouted water.

The well was fed by springs from Cardensheugh (now Carden Place) to the West of the city, and the water was brought by six lead pipes to the well. Previous to this, the city had been supplied by water from local lochs, burns and ancient wells.

The cistern was moved to The Green in 1852 where a handle on the side of the plinth could be turned to provide spring or river water. The well remained at The Green until 1974 when it was moved to its current position, back in Castle Street.