A Category B Listed Building in Aberfeldy, Perth and Kinross 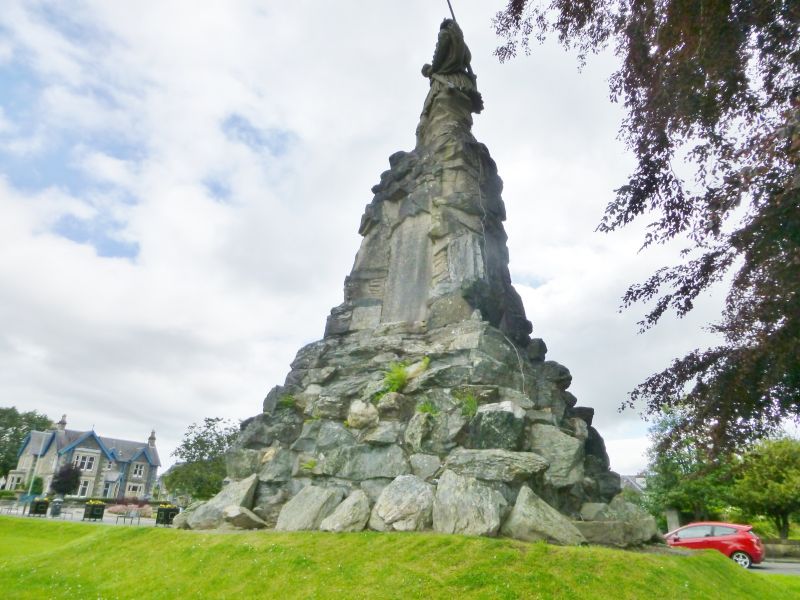 SW ELEVATION: relief carved bust of Queen Victoria surmounting inscription "1887 THE YEAR OF THE JUBILEE OF QUEEN VICTORIA / THIS SITE HAS BEEN KINDLY GRANTED BY THE MOST NOBLE GAVIN MARQUIS OF BREADALBANE".

SE ELEVATION: inscription recording details of 1st assembly 'OCTOBER 1739' of 'INDEPENDENT COMPANIES' , and 1st muster 'MAY 1740' of 'ROYAL HIGHLANDERS'. Further tablet below inscribed 'ON 5TH SEPTEMBER 1970 / THE FREEDOM OF THE BURGH OF ABERFELDY WAS CONFERRED UPON THE BLACK WATCH'.

The monument was unveiled on 14th November, 1887 by the Marquis of Breadalbane. The building cost of ?500 was raised by public subscription. The Black Watch or Royal Highlanders date back to 3rd August,1667 when Charles II issued commissions for men to uphold peace in The Highlands. The resulting independent companies wore dark tartans, which led to the name (by about 1678) of 'Black Watch', they were originally known as the 'Highland Watch' or just 'Watch'. Private Farquhar Shaw was one of three soldiers shot as an 'example' in 1743 after a confused escape attempt from London back to the Highlands.