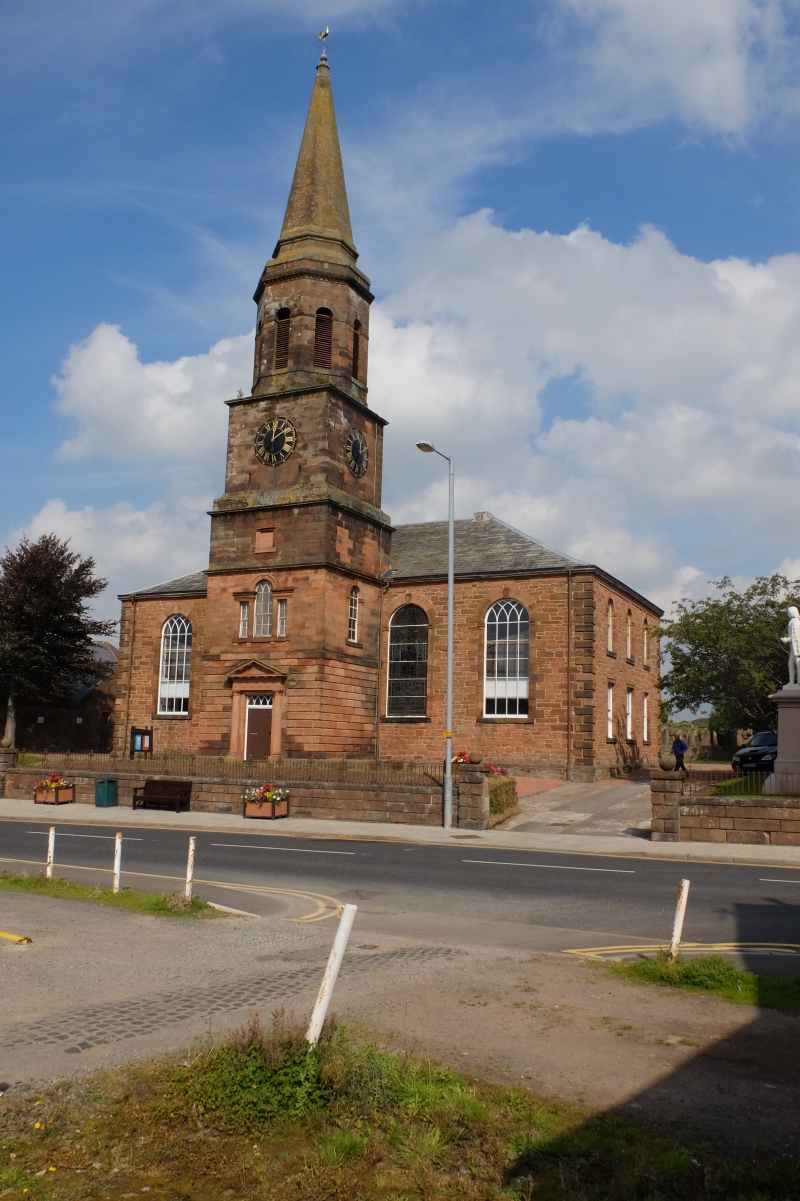 Design probably by John Hannah, mason and James Beattie and

angles. All coursed red rubble with polished margins and

fanlight; Venetian window in stage above, clock faces to all

elevation in off-set 4th stage, octagonal drum above with

BODY OF CHURCH: 2 tall round-headed windows each side of

doors) have windows at ground and at gallery level, the

INTERIOR: altered, probably when alterations to N were

carried out circa 1870. Gallery to 3 sides supported on