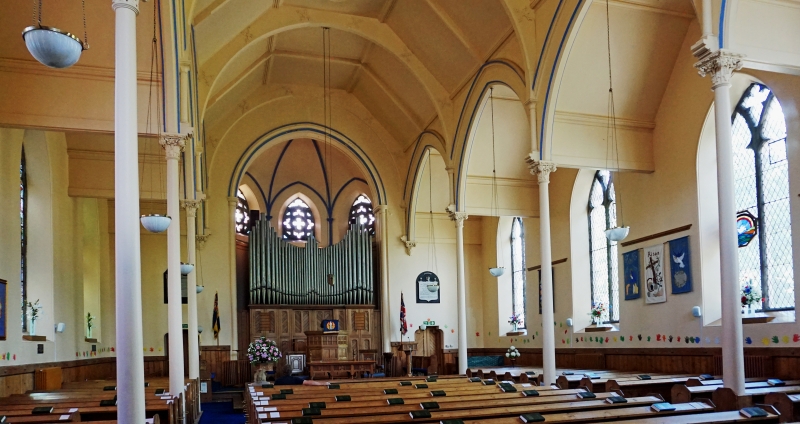 Ecclesiastical building in use as such. Glenmuick Parish Church is a striking landmark in the central square in Ballater and is an important part of the streetscape. It was also the place around which the town developed and is a crucial element in Ballater's history.

Francis Farquharson, and later his brother William, planned Ballater in the late 18th century, following the discovery that the Pannanich Wells across the River Dee (see separate listing) were deemed to have miraculous healing qualities. This led to a steady stream of visitors and Ballater was planned as a village that could house them. The village was based on a rectilinear plan with the church at its centre. This early church was a simple building with a wooden steeple and was built to accommodate the people of the three surrounding parishes - Glengairn, Tullich and Glenmuick. It was consecrated in 1800.

With Queen Victoria's interest in Balmoral in the 1850s and the arrival of the railway to the town in 1866, Ballater grew more prosperous and the older church was thought not be sufficiently in keeping with the new more prosperous town and the present church was built. The architect J. Russell Mackenzie was from Aberdeen and most of his work is seen in the North East.

The box pews in the interior are to the right and left of the pulpit, with one for the minister's family and the other for the Laird and his family.