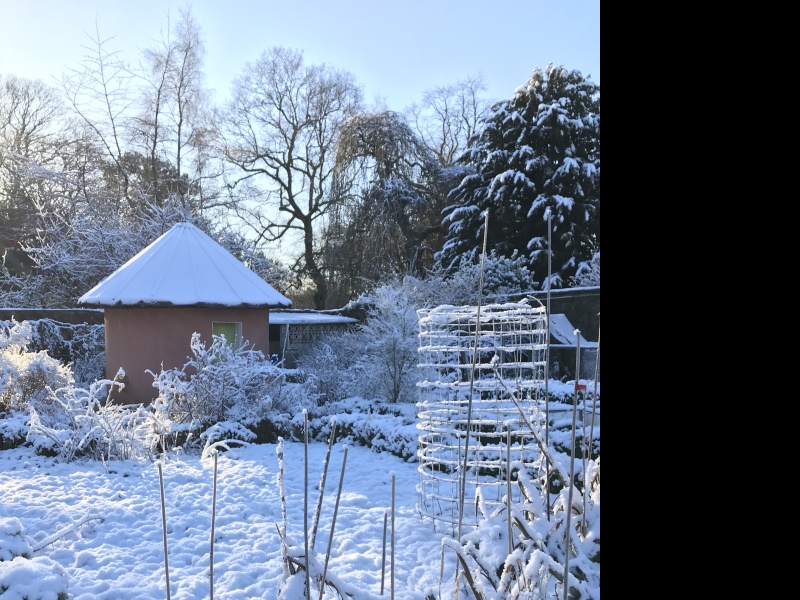 Castlehill (farmhouse) and Castlehill Steading (former horsemill, threshing barn and byre) together form a good agricultural grouping. The fine Doric entrance porch of the farmhouse sets it apart from other examples of its type while the associated steading range retains its distinctive slit openings and bow-ended horsemill section to W, contributing significantly to the streetscape.

Castlehill Mains is depicted as a square courtyard-plan farmstead on William Roy's Military Map of 1747-55. The large pond located to the S of the present Castlehill House is also marked. According to David Ure's history of the parish, John Reid began improvements on the Castlehill estate in 1770 and it is likely the horsemill and threshing barn were built around this time. The current farmhouse appears to have been built in the early 19th century with the addition to E added between 1862 and 1898.

From the 16th century to around 1750, the estate of Kittochside belonged to the Caldwells of Caldwell but was later sold to John Reid for 800 merks. His descendant, John Reid 6th Laird of Kittochside, became the third largest landholder in East Kilbride parish (after the Duke of Hamilton and Alexander Downie of Crossbasket) through his continuous acquisition of farms. At his death in 1850, he left the following: Wester Kittochside, Nether Philipshall, Catgill, Waterlands Park, Lawside, Craighall, Castlehill, Peelpark, and Blackhouse. Castlehill is understood to stand on the site of a much earlier fortification.

Statutory Address and list description updated (2008) at which time, the farmhouse and steading were in separate ownership.