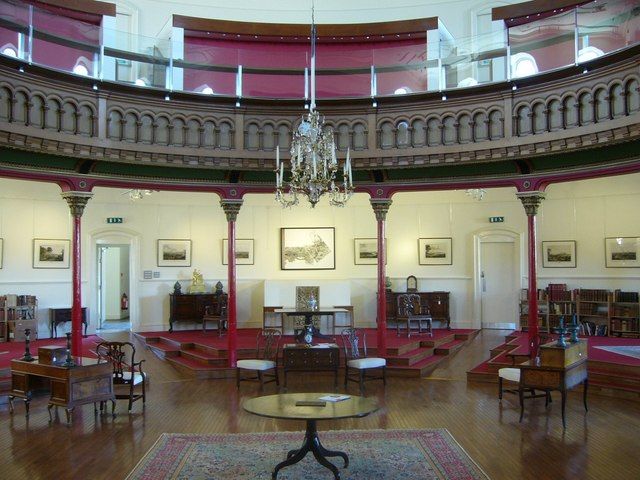 Ecclesiastical building no longer in use as such.

This building is an important example of the work of Archibald Elliot, one of Scotland's leading architects in the early 19th century, and also unusual due to his adoption of the Greek Revival style for an ecclesiastical commission. The church also performs a significant streetscape role, strongly terminating the vista down Broughton Place. It is stylistically valuable as an element of the Greek Revival phase of architectural activity for which Edinburgh was renowned in the early 19th century.

The church was built for the Rev. James Hall's newly formed United Associate Synod congregation; construction began in May 1820 and the church opened for its first service in May 1821; the cost of the building was #7100, 10s, 1d. However, it latterly became better known as Dr John Brown's Chapel, after its second minister. A plan and elevation signed by Elliot shows that he originally intended the building to have a tower and spire, but, perhaps for financial reasons, these were never built. The ceiling rose in the auditorium originally held a large octagonal gasolier, which was removed in 1853.

In 1870 John Paterson remodelled the interior, adding the Romanesque detailing to the gallery and the decorative capitals to its cast iron columns. He replaced Elliot's pews, installed a new pulpit, and made alterations to the windows, including the addition of colonnettes and stained glass. The original grey painted walls and ceilings were rejected in favour of a scheme of brown walls, plenty of dark stained wood panelling, and the ceiling panelling stencilled in various colours. The alterations to the windows and decorative scheme have subsequently been reversed (the glazing to the side elevations was replaced in 2001). The organ bay and large Renaissance organ screen was built by George Washington Browne in 1890.

Broughton Place Church featured in the 1981 multi-Oscar winning film Chariots of Fire. The Broughton McDonald congregation left in 1991 and most of the interior furnishings were dispersed; the organ and organ screen were relocated to a church in Italy. The building is currently (2002) in use as an antiques showroom and sales room.