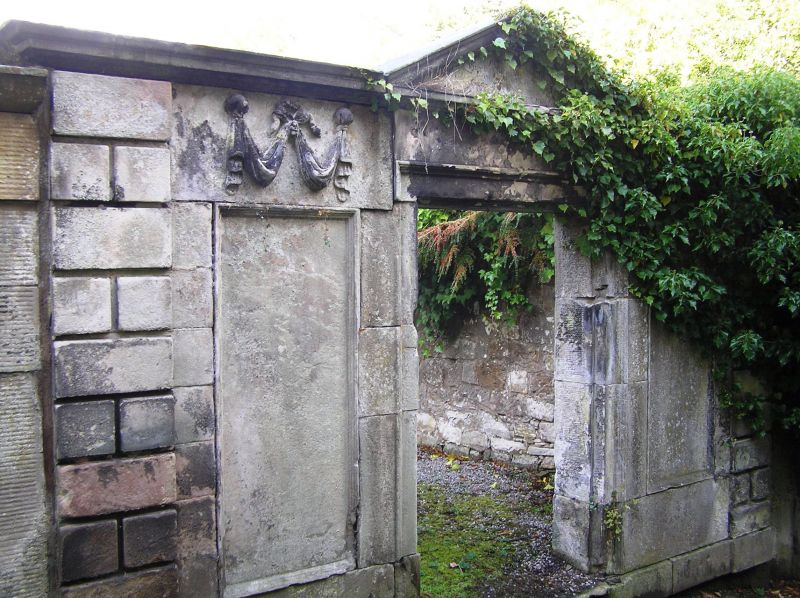 TOWER: 2-leaf timber boarded door in roll-moulded recessed porch (Sydney Mitchell, 1907); corniced section above with scrolls to corners and inscribed panel with carved foliate border and angel head above, reading SAINT CUTHBERTS PARISH CHURCH COLINTON REBUILT TO THE GLORY AND DEDICATED TO THE WORSHIP OF GOD MCMVIII. Square lights to each elevation above; cornice above 3rd stage. Belfry to upper stage with paired round-arched windows and cill course to each elevation. Bracketed pavilion roof with weather vane finial.

Ecclesiastical building in use as such. The plain Italianate exterior of the church is admirably suited to its picturesque setting in Colinton Dell. The unusual interior of the church is of particular interest, having been designed by Sydney Mitchell and being more ornate than Church of Scotland interiors often are. All the fittings appear to be intact, and the workmanship is of very good quality, especially the carvings on the pulpit, lectern and communion table. The stained glass is also of notable quality, especially the three windows by William Wilson (1905-72), which were done in the same year that he lost his sight as a result of diabetes. Wilson was a former pupil of James Ballantine II, who designed the stained glass in the apse. The graveyard is also of great interest with some seventeenth century gravestones and some large eighteenth and nineteenth century monuments, the most impressive of which is James Gillespie's mausoleum. James Gillespie owned a snuff mill in Colinton, the produce of which was sold by his brother from a shop in the High Street, near Edinburgh City Chambers (it is now marked by a plaque). He lived in Spylaw House. The small lodge at the main gate to churchyard is believed to have been an offertory house, and may later have been used as a session house. The manse is to the east of the church, and the small building to the south (now in the cemetery) was built as the schoolmaster's house (both listed seperately).

A church was founded on this site circa 1095 by Prince Etheldred, a younger son of Malcolm III and Queen Margaret. It was probably destroyed during the Earl of Hertford?s invasion of 1544-5. A second church was built in the mid seventeenth century, and this in turn was replaced in 1771 to the designs of Robert Weir (mason) and William Watters (wright). In 1837 some alterations were carried out by David Bryce, and the bell tower is attributed to him. In 1907-8 Sydney Mitchell reconstructed the church, but retained Bryce's tower.