A Category A Listed Building in Pentland Hills, Edinburgh 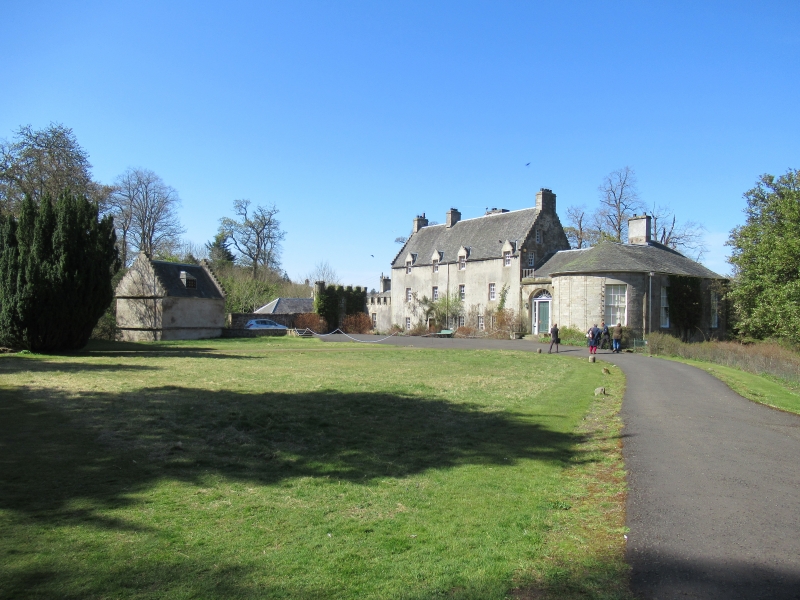 IRONWORK: designed by Thomas Gibson-Carmichael, later 19th century. Numerous pieces of wrought-iron work around the garden. To SE of house a small gate with bird finials, decorative 2-leaf gate; gate and railings with thistle and floral motif to right of dovecot.

Property of the National Trust for Scotland. Malleny House probably dates from the late 16th or early 17th century, but incorporates an internal datestone of 1589 belonging to an early house. The datestone has the initials WK and JL, William Knychtsoune and Joneta Livingstone. The Knychtsoune family are the earliest known owners of the Malleny estate, resident there from 1478. In 1617 the lands were sold and it is thought the Sir James Murray of Kilbaberton, Master of the King's Works built the existing house. In 1647 the estate was acquired by William Scott, who became Lord Clerkington in 1649 and in 1656 his son Sir John Scott became the 1st Scott of Malleny. The Scotts were responsible for the building of the dovecot and some of the planting of the garden. General Thomas Scott added the drawing room wing in 1820 and the kitchen block was probably also added in the earlier 19th century. There are some good examples of ironwork in the grounds designed by Sir Thomas Gibson-Carmichel who leased Malleny from 1882-1910. He removed many of the ironwork pieces to his home at Skirling when he was apponinted Governor of Victoria. The garden is an important feature with plantings dating from the early 17th century. The yew trees grouped to the NE of the house are only 4 remaining from 12, apparently planted to commemorate the union between Scotland and England and were known as 'the twelve apostles', they were removed in the 1960s. The dovecot to the SE and the Scott Memorial located in the wood to the NE of the house are listed separately.