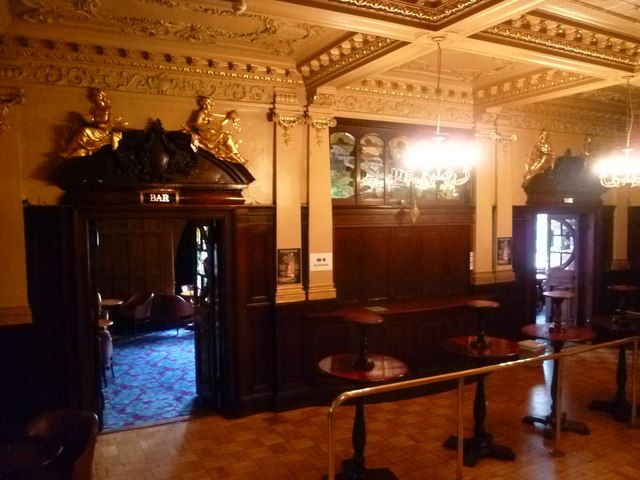 Site, previously Drumdryan Brewery, acquired in 1905. Built by Edinburgh Construction Company, which failed during construction. Thereafter WS Cruikshank, masons in Duff Street, who were the contractors, took over as developers. Memorial stone laid by Andrew Carnegie 18th August 1906. THE BUILDER states that the seating was 'built on the cantilever principle,' with 'not a single pillar.' Opened 8th December 1906 (with 'Cinderella'); from 1928 under the management of Howard and Wyndham. A touring venue, 'in the vanguard for revue, opera, drama, ballet and pantomime.' Noel Coward's Private Lives was premiered at the King's on 18th August 1930, with Coward himself, Gertrude Lawrence, Lawrence Olivier and Adrianne Allen. Other famous names who performed here include Anna Pavlova, Maria Calls, Maggie Smith and Sean Connery. The upper gallery had to be rebuilt in 1951 (due to a structural problem which had developed) amalgamating the gallery and the family circle. The theatre was purchased by Edinburgh Corporation in 1969. Refurbished (seating, curtains, orchestra pit) 1985. The ceiling of the auditorium was given its trompe l'oeil painting (by William McLaren) at this time. Exceptional interior, largely surviving intact. Stained glass of very high calibre set in doors, screens etc (possibly by Stephen Adam of Glasgow), Art Nouveau in style; peacocks, Arthurian legend subjects, girls with roses etc. Fig 2.11 in Peter shows the theatre with its original canopy.

Major refurbishment scheme to upgrade the theatre completed by Smith Scott Mullan Associates Architects 2012-13. Project included general maintenance and repairs to roof, stonework, windows, doors and ornamental plaster repairs to the decorative boxes. Alterations included redesigning the separately accessed box office to internally link it to the foyer allowing ramped and level access through to the main auditorium; installing a platform lift to the stalls, redecoration to foyer, installation of new seats and handrails to the stalls and dress circle, carpeting and general refurbishment of fire prevention and ventilation systems throughout.

A new painting for the dome was commissioned in 2013 from renowned contemporary Scottish artist John Byrne to replace a 1980s trompe l'oeil. Executing the work was time critical due to theatre opening times and so the design was projected onto the dome in sections, traced and painted by a team of painters in June 2013. Byrne's design is called 'All the Worlds a Stage' and depicts a boldly coloured swirling celestial scene with a black harlequin carrying the sun and a woman in star- cloth banner pushing the moon through the sky. It plays on the duality of day and night and is rich in theatrical motifs and references including the famous lines from Jaques' monologue in 'As You Like It'.