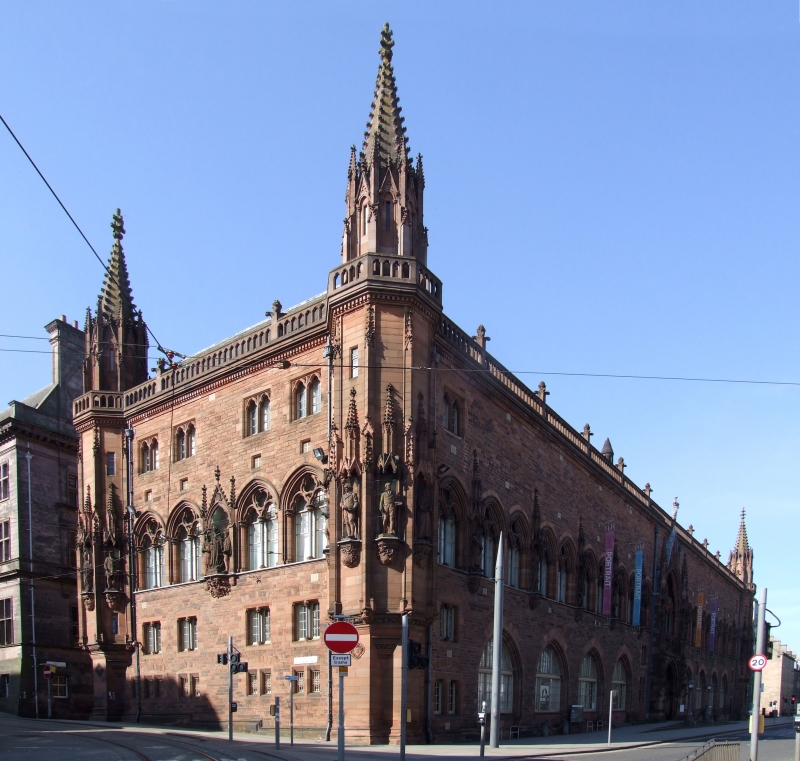 Crown property. Parapet and pinnacles removed 1980 as they were dangerous and restored 1991-3. Gifted to the nation, through the Board of Manufactures, by JR Findlay, the proprietor of the Scotsman, to house both a National Portrait Gallery and the (publicly owned) collections of the Society of Antiquaries. Architectural sources range from the Doge's Palace to George Gilbert Scott, via Anderson's own published drawings of houses in Cordes and Figeac, but the taste of the 3rd Marquess of Bute, and especially Anderson's Mount Stuart, Isle of Bute, which was derived from similar sources, are predominant. The principal facade was originally to be terminated by a pair of large Franco-Scottish tourelles, but these were replaced, at Findlay?s request, by the existing octagonal turrets. The building was officially opened on the 15th July 1889, although it was not until many years later that the decorative schemes were completed. The National Museum of Antiquities is soon to move out (1998), leaving the entire building for the Portrait Gallery.