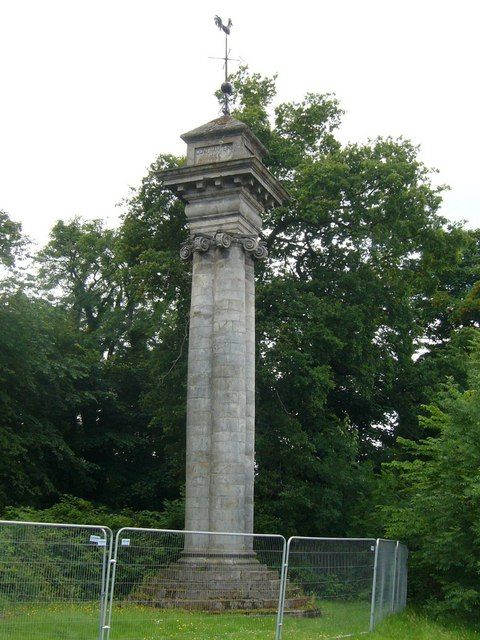 The Colinton Column and engraved stone plaque is a monument located on Redford Road, Edinburgh, adjacent to the entrance to the Dreghorn Barrack complex. It is built of ashlar sandstone and comprises a cluster of four engaged Roman Ionic columns on a five-stepped octagonal plinth. On top of the pillar is an Ionic entablature with pulminated frieze above which are four engraved panels. The pillar is topped by a pyramidal cap with a weathervane. Adjacent to the monument is another engraved stone slab, bearing an inscription in English and Latin.

The monument was erected by Robert Andrew Macfie around 1886, using material that previously was part of the William Adam-designed Royal Infirmary building, which was demolished earlier that year. The reused elements include the columns and capitals, the weathervane and the entablature. The engraved panels near the top of the pillar record four historical military campaigns that passed through the area, including the Romans, Cromwell 1650, Covenanters 1666 and Charles 1745. The inscription on the adjacent stone plaque comprises a poem in English written by Macfie, and a short dedication by him in Latin to General Charles Gordon of Khartoum, who died in 1885.

The Colinton Column meets the criteria of special architectural or historic interest for the following reasons: