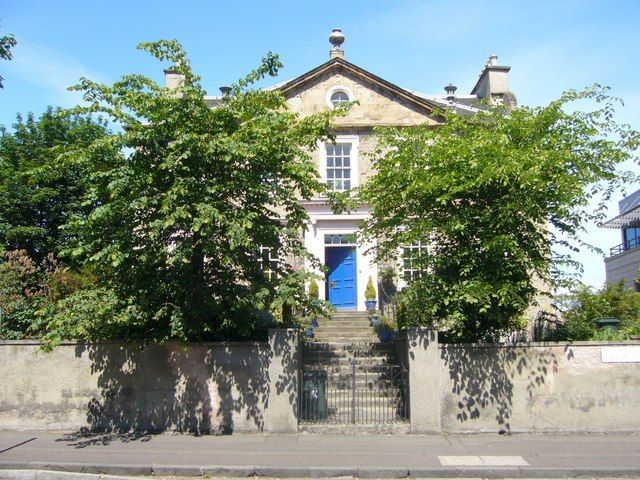 Charles and William Butter (father and son) built Gayfield House between March 1761 and mid 1764, it was purchased in 1765 by Thomas, Lord Erskine and his wife Lady Charlotte Hope, daughter of the 1st Earl of Hopetoun. It is similar in design to Ross Park, circa 1736, on south side of the Old Town of Edinburgh, and the curvilinear gables follow those at Bankton House, Tranent, of 1720s and Hope House, Edinburgh, circa 1740. The house has managed to remain largely intact despite various tumultuous periods of ownership, it is now sub-divided between basement and upper floors, and privately owned. The house contains two elements of particular exception - the rococo papier mache ceilings and the painted floors to the vestibule, hall and upper landing. Carved wood and gesso chimneypieces were stolen circa 1990.