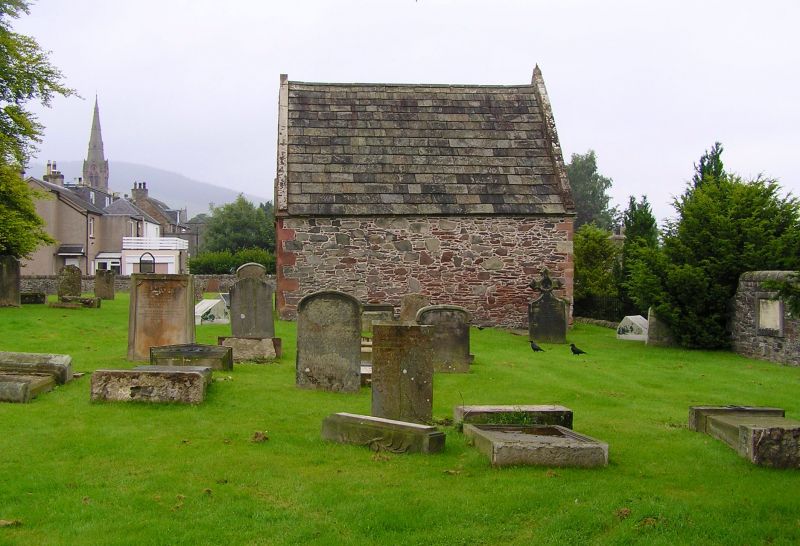 The Aisle, also known as 'Scott Aisle', was added by Hugh Scott, the Laird of Gala in 1636 as a burial aisle to the former Kirk that stood on the site from 1617. The Kirk was demolished in 1813 due to bad condition, leaving the Gala Aisle to stand alone, which is then said to have been extended by 6ft. The window to the S gable is a 19th century replica of the original in the N gable. The inscription on the plaque to the S gable read 'Glorie to God in hevin, peace on earth and gud vil among men' but is now illegible due to the weathering of the stone.

Some of the tombstones in the graveyard date from the 1600s and include that of Mungo Park the famous African explorer.

The Aisle roof was removed in 1971 and it remained ruinous until it was subject to a restoration scheme in 1992 by Ettrick and Lauderdale District Council, which included re-roofing it with stone slates.