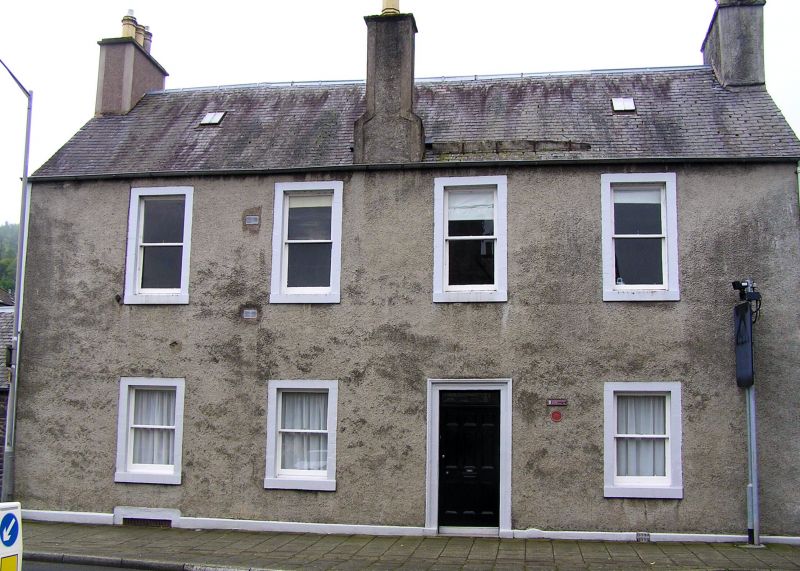 The first mill in Galashiels with mechanical carding machines was constructed in 1791 resulting in a great increase in production of cloth. The Cloth Hall was built in response to the resulting increased trade to provide a warehouse and trade centre for the milling industry; without this simple building the textile industry in Galashiels would not have expanded so speedily to the extent that it did.

The Cloth Hall was prominently sited at the centre of the Old Town, adjacent to other traditional 18th century buildings such as the Old Tolbooth, Pant Well, Mercat Cross and Tea Street. Many of the earlier buildings in the immediate area were lost in a comprehensive redevelopment scheme in the 1960s.

The Hall became a public house in 1813 for some years until it was used as the town branch of the City of Glasgow Bank 1844-1849. The single storey curved section with barred windows may be an addition dating from this time. The Hall is also said to have been used as a school in the early 19th century for a time.

The building has undergone additions and alterations over the years and was subdivided to form private flats in the later 20th century, however it remains if significant historical importance due to its strong association with the textile industry of Galashiels.