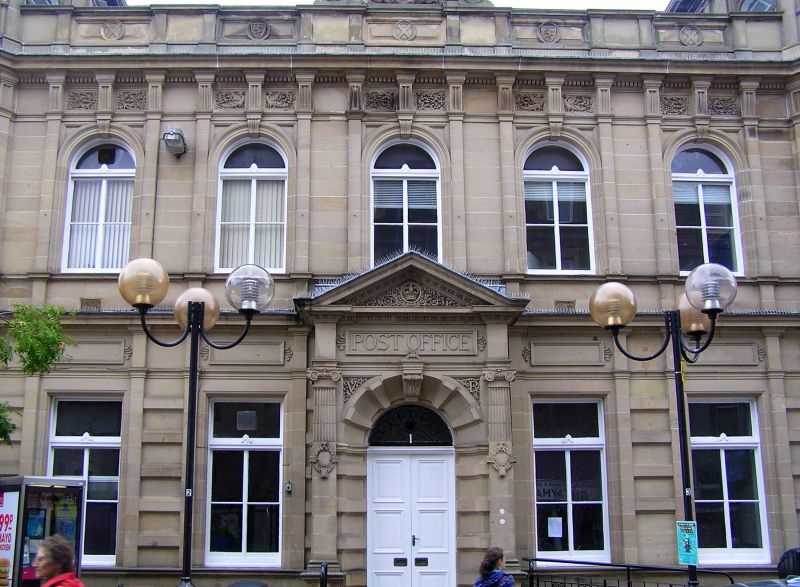 The Post Office in Channel Street is one of the premier buildings in Galashiels. Its very prominent position near the junction of Channel Street and High Street gives the building an important position in the streetscape, which is emphasised by distinctive details such as the flanking octagonal towers. The richness of the detail, in common with a number of Post Offices built around this period, communicates the economic growth of Galashiels through the late 19th century. The entrance elevation is heavily moulded with notable details such as the central armorial panel.

W W Richardson was the principal architect for Scotland for the Office of Works from 1877-1904. He was responsible for the design of a large number of Post Offices in Scotland. Several, such as Dunfermline GPO (1889-90) and, particularly, Dundee GPO (1896) are close in date to Galashiels and bear similarities in style and detail.

The single-storey sorting office to the rear appears to be of the same date as the front block. The building is known to have been extended in 1915, but this presumably refers to further single-storey additions.