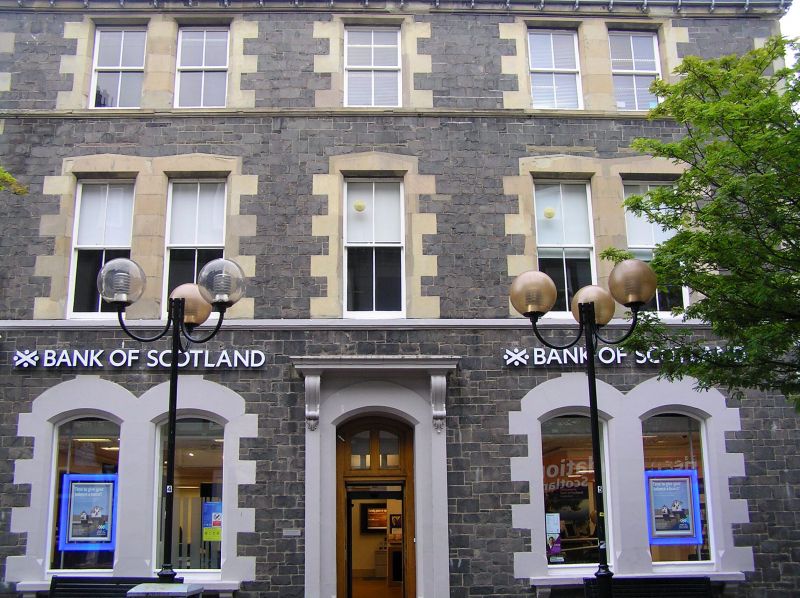 The Bank of Scotland premises in Channel Street, as well as being a fine composition by one of Scotland's most successful architectural practises, is one of the first of the more formal later 19th century buildings in the street and makes a significant contribution to the streetscape, situated as it is on a very prominent site close to the junction of High Street and Channel Street. The building and its close neighbour, the Post Office, form a pair of buildings which help to illustrate the success and growth of Galashiels through the second half of the 19th century.

Peddie and Kinnear were one of the most prominent, prolific and successful architectural practices in Scotland in the mid-later 19th century. Banks were something of a specialty for the practice; from the late 1850s they handled all of the architectural work of the Bank of Scotland, as well as completing a large number of premises for the Royal Bank of Scotland. Typically, the Bank of Scotland premises tended to be somewhat plainer than those of the Royal Bank. Here, the use of locally available whin is notable and sets this building apart from the norm.

This bank replaced an earlier branch at the head of High Street (Nos 14-20). Initially, this building was rectangular-plan with small recessed wings to either side. These were extended to the front through the 20th century and that to the right raised. An extension was added to the rear in the mid 20th century.