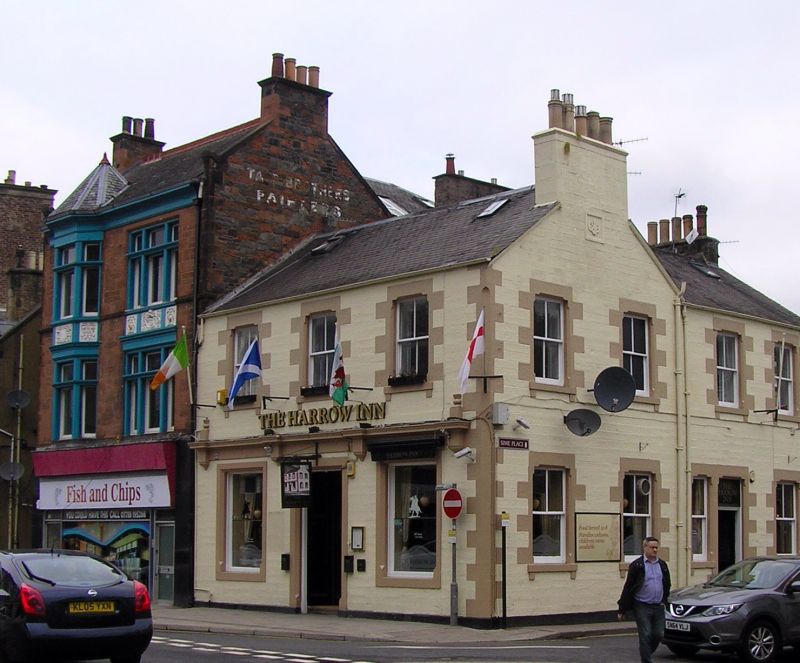 The town plan of 1858 shows 'The Harrow Inn' on this site. The earlier building is wider than the current and juts out from the street line of Sime Place. The current building may have been built to bring it in line with the rest of the street.