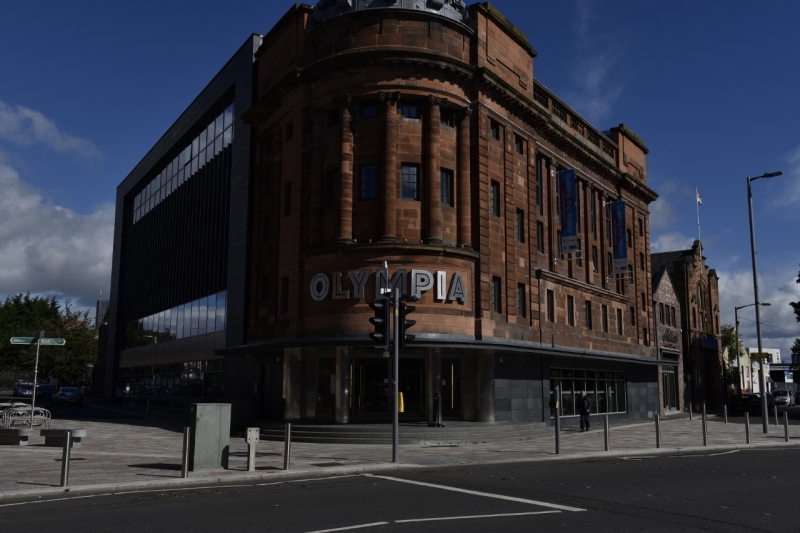 Opened in September 1911 as the Olympia Theatre of Varieties, with an interior by Frank Matcham (seating around 2000). It was sold to Scottish Cinema and Variety Theatres (SCVT - the pre-cursor to the ABC chain) in 1924. The interior was rebuilt to better suit cinema use in 1938 by prolific cinema architects McNair & Elder, at which point it seated 1689. Renamed the ABC in 1963, it continued as a cinema until March 1974. From 1978 it was used as a bingo hall, and later as a furniture warehouse. The Cinema Theatre Association note that the building is now empty and that in 2003 Glasgow City Council granted planning permission to demolish the cinema and build flats behind a partially retained façade, though to date no work has yet been done on this. A serious fire occurred in the building on November 30th 2004.

Listing including References and Notes updated as part of Cinemas Thematic Study 2007-08.