A Category A Listed Building in Langside, Glasgow 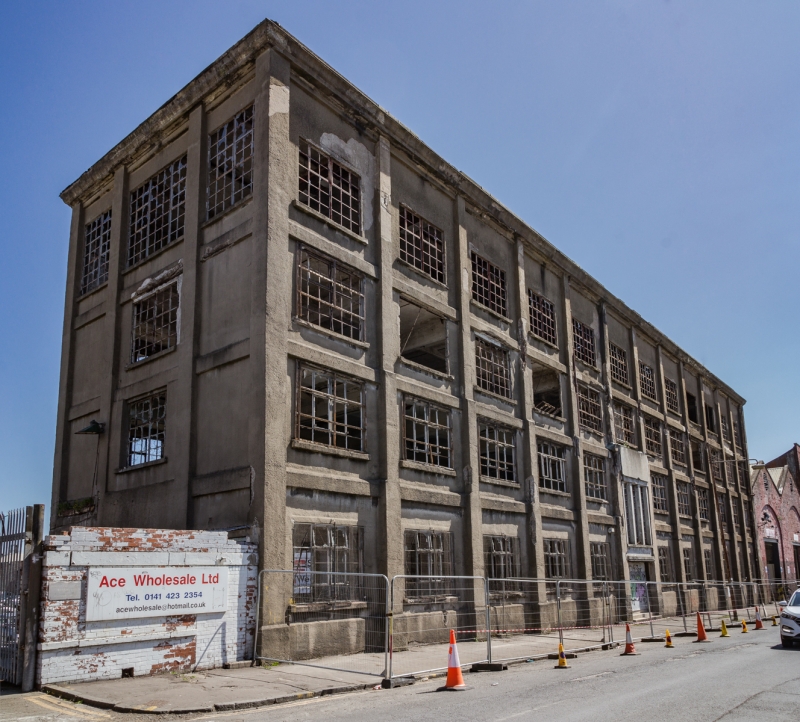 Neglected condition (1989). The first fully reinforced concrete building havinng a ferro-concrete frame and panels, and the third oldest to survive in the UK. This building's trabeated form anticipates the American-inspired daylight factories by Albert Kahn, unlike any similar building in England.

The foundry to the rear is steel framed and of lesser architectural interest. A light railway was used within the foundry. Alley and MacLellan built around 500 'knock down' ships (dismantled and reassembled on inland waters) and developed the Sentinel steam lorry, produced at their branches at Shrewsbury and Worcester. Owned form 1918-37 by Beardmores, and passed to the Weir Group in 1960.