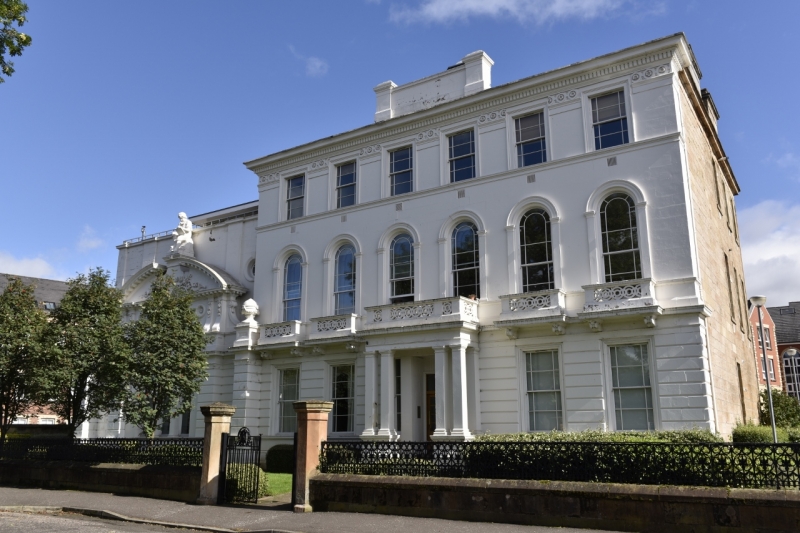 Prominently sited and well-detailed 3-storey, 6-bay Italian palazzo-style house built for cotton mill owner Duncan McPhail as Greenhead House. The principal elevation is distinguished by its crisp carved details including its balconies with linked circle motif, echoed along the frieze below the cornice. To the left, a monumental and richly carved broken pediment with a sculptured figure of a seated scholar all adding to the architectural interest.

Charles Wilson, born 1810, was an eminent local architect of considerable standing. Articled to David Hamilton from 1827 to 1837, his later work includes the Queens Rooms at La Belle Place, 1856, his competition win in the same year for the Free Church College in Lynedoch Street, and Park Circus in Kelvingrove (see separate listings).

In 1859 the building was converted to a school with a bequest from Glasgow merchant and philanthropist James Buchanan, and became the Buchanan Institution for destitute children. The Institute subsequently became Greenview Special School and in 1904, St Aidan's Roman Catholic School. In 2006 the building was converted as residential development incorporating refurbishment of Greenhead House and the nearby Logan Domestic Science School (see separate listing for 67-73 Greenhead Street).