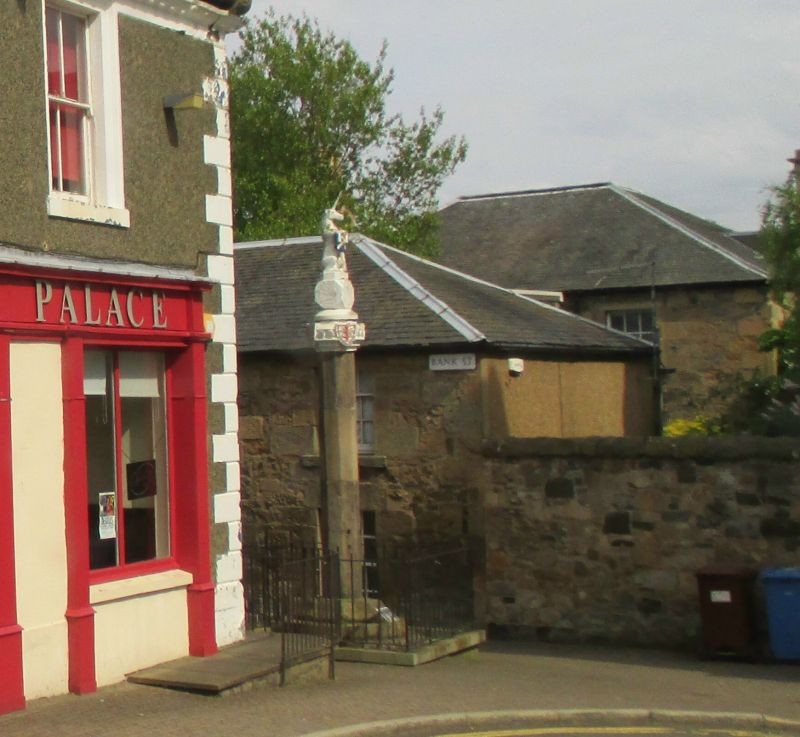 This cross was moved to Townhall Street from the N end of the High Street in 1799; it was then later moved to its present site in 1974. RCAHMS correctly dates this cross to the 16th century. Stephen dates the cross to circa 1398. Likewise, an information plaque presented by the Showmen's Guild of Scotland dates the mercat cross circa 1400 and states that: "heraldic evidence indicates that this cross was erected around the time of the marriage of David, Duke of Rothesay, son of King Robert III and Queen Annabella Drummond to Marjorie, Daughter of the Earl of Douglas. The Unicorn finial was carved in 1688 by Mr John Boyd of South Queensferry to secure his admittance to the Inverkeithing Trades Guildry." Dials on market crosses became popular in the 17th century and other similar crosses were erected or altered at Airth, Peebles, and Doune (see separate listings) around this time. The cross has undergone restoration in the second half of the 20th century with a replacement stone for the shaft; the capital, sundial and unicorn have been re-painted.