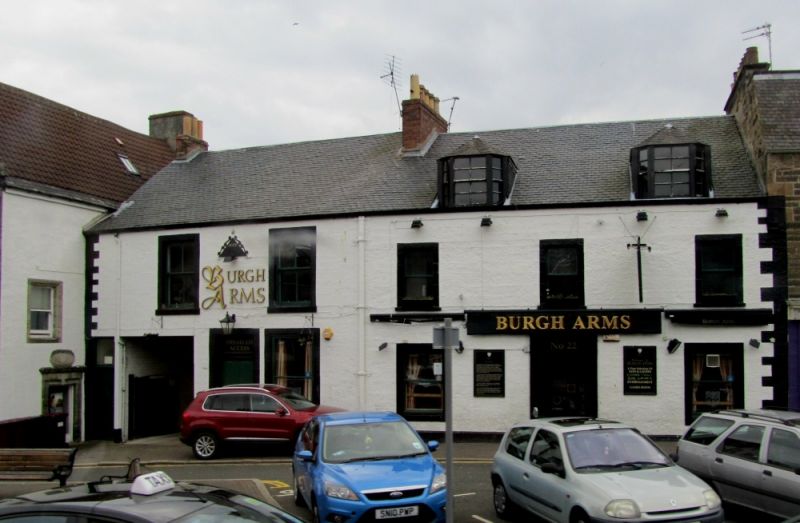 INTERIOR: most of original fabric to pub interior missing. Complex plan of interconnecting rooms above and to rear of pub. Decorative plaster cornice and ceiling rose to 1st floor drawing room to rear 2-bay extension (to SE); staircase with decorative cast-iron balusters with mahogany handrail to rear. Original stone fireplace to attic room.

This range of buildings contributes to Inverkeithing's burgh streetscape. The 1888 extension was built on the site of a house dating to 1664.

Re-categorised as C(S) from B for Group (2006). The listing relates specifically to the group interest of the subject. It applies, as always, to interior as well as exterior, as appropriate to building type.