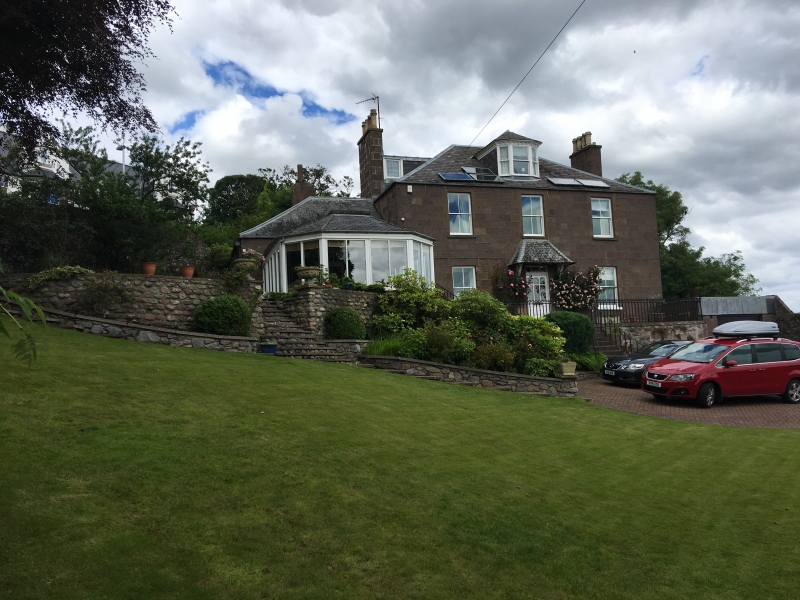 Belmont House retains interest in its period detailing and is a good early 19th century detached house in a fine setting, situated above the north end of Stonehaven's New Town, with views over the North Sea. The former stables for Belmont House are situated to the north east on the opposite side of the road.