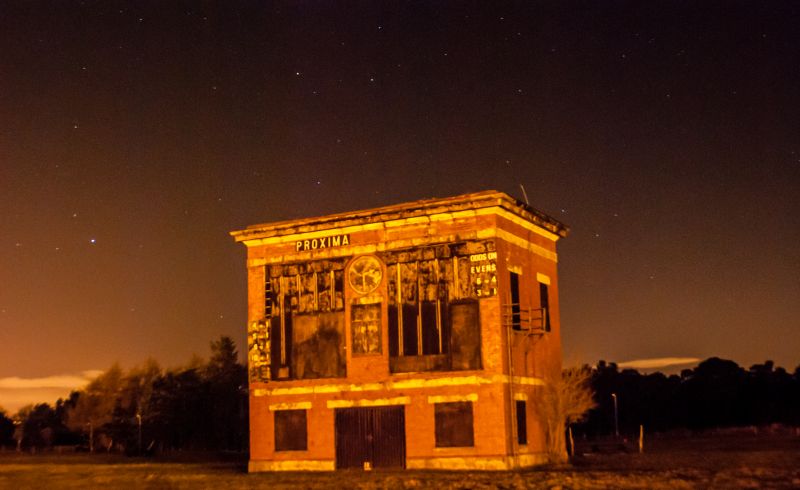 balcony and emergency exit stair to window to left.

The tower was the first "Robot Bookie" in Scotland, and is thought to be only the second in the United Kingdom after that at Carlisle. A staff of about 220 were required to run the tower, the hand operated indicator boards showing information about 26 runners (although there were usually nine or less runners in a race). Those in the Indicator Room communicated with the subsidiary buildings by telegraph. Originally the indicator board letters were cardboard, however after the first race meeting electric letters were used. The first time the "Robot Bookie" performed the race course was extremely crowded, "ladies were very much in evidence. There was [also] an unusual number of clergymen about the course" (SCRAP BOOK, p362), and over 6000 bets were taken. Although Lanark Racecourse is no longer in use (1999), the Tote Tower is also a reminder of the long history of racing here, which can be traced back as early as the 13th century.