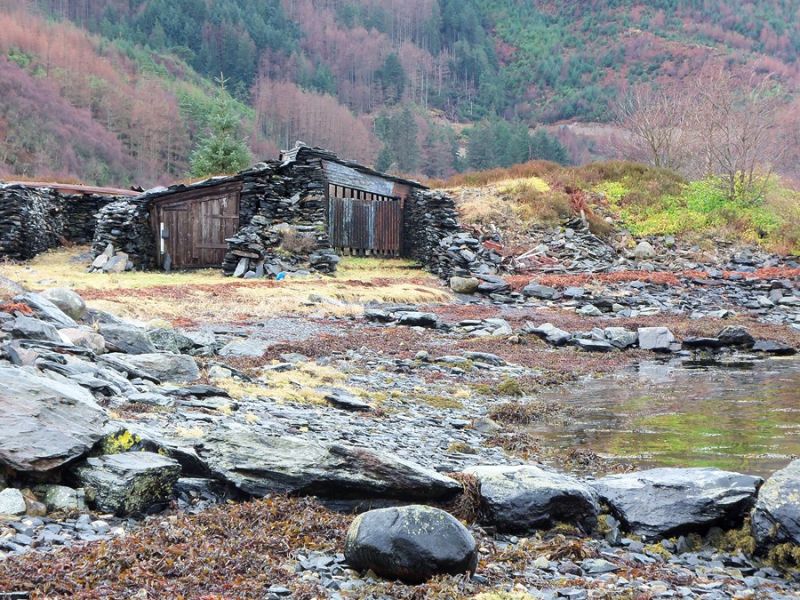 Contemporary with another major group of boat houses at Ballachulish, the other more complete if originally less extensive at Rudha na Glas-lice, to the E and listed separately. The houses are listed for the interest in the use of materials and for the historic significance of the Ballachulish slate quarries, which began operations from circa 1760. The 1870 map shows 23 boat houses on this site. It also shows the transport system from the quarries to the S, a tramway serving the quarries and leading to and from the Lochside to the W of this site. Groome describes this system: iron waggons were, "conveyed on 'lines' along the banks formed by the refuse, and laid down at little sheds, where they are, by one man, split up to the required thickness, and by another, cut into shape, after which they are ready for export.. there are five different descriptions of slate made, viz, queens, duchesses, countesses, sizables, and undersized." (Groome, 1895, p112).