A Category B Listed Building in Cardonald, Glasgow 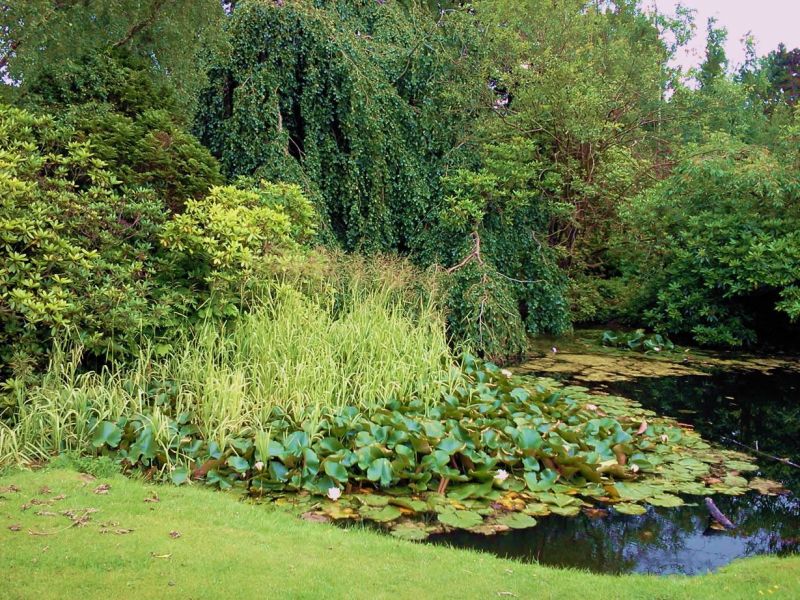 and partly artificial Pulhamite stone, including grotto, rock garden and

ornamental paths, all designed to appear as natural outcrops.

The Ross Hall designed landscape is exceptional in Scotland for the Pulhamite work. It occupies a site evident as a park in the 18th century, known in the 19th century as Rosshill, owned by the Earls of Glasgow. James Cowan purchased the estate and built the present Ross Hall in 1877 (now a hospital, listed separately, 221 Crookston Road). The landscaped park was acquired by Glasgow Corporation in 1948, and opened to the public in 1967. The Boat House is described as a cave on the current edition OS map. The Pulham dynasty had been in existence as landscape designers since the 18th century. Other known (or attributed) work to date by the firm in Scotland includes sites in the Kelvingrove Park, and at Ardross. They were responsible in England for commissions at Buckingham Palace, St James Park and Sandringham. Cowan was evidently both wealthy and well-connected, the works which he funded at Ross Hall being estimated at ?20,000. Further listings at Ross Hall include the former gate lodge, 197 Crookston Road, with gatepiers and quadrants, the ornamental chimney stack, and the former stables, 161 Crookston Road.