A Category C Listed Building in Trossachs and Teith, Stirling 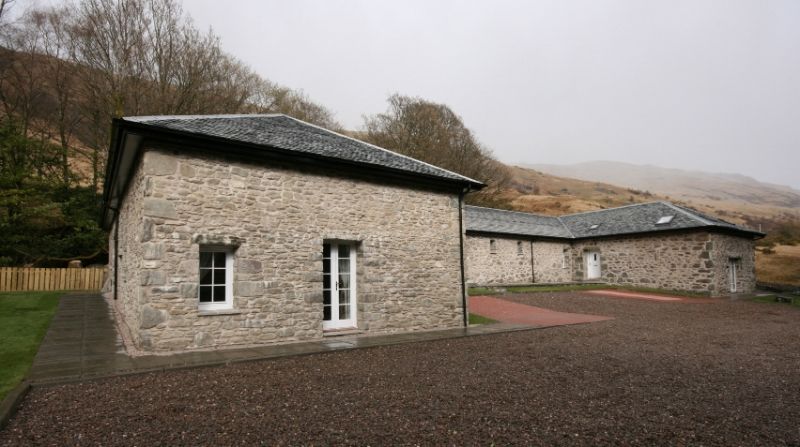 B-Group with Glenglye House and Glengyle Burial Enclosure. Two buildings are depicted on Stobie's 1783 map to the NE of Glengyle House. It is possible that one of these were farm buildings which have been incorporated into the present U-plan range. Variations in the stone hint at differing stages of development of the steading. Evidence of what may have been a chimney flue in the W arm of the steading possibly suggests residential use at some point and there are indications that the height of the wallhead has been altered. The building is sited on sloping land which dips down to the SW with rocky outcrops to the rear. It was the former steading of Glengyle House (see separate List), the birthplace of Rob Roy MacGregor. The MacGregor of Glengyle burial enclosure lies to the W of the steading. Glengyle is mentioned by Sir Walter Scott both in The Lady of The Lake and in Rob Roy. Loch Katrine and Glengyle became popular places of Romantic and literary pilgrimage in the 19th century; both William Wordsworth and James Hogg visited. It is largely for its association with Glengyle House that the steading is listed. For further information see Glengyle House list description.