A Category C Listed Building in Aberfeldy, Perth and Kinross 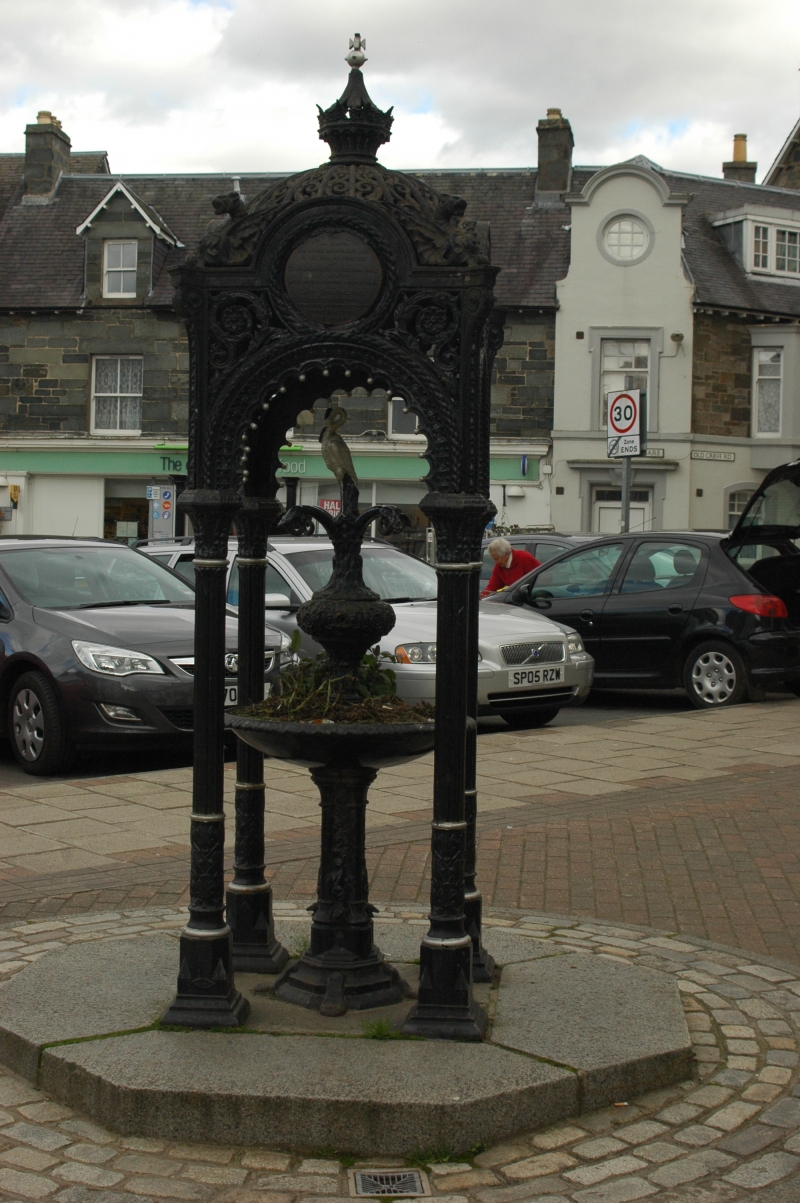 Probably a Sir Walter Macfarlane casting from the Saracen Foundry, Glasgow or from Glenfield & Kennedy of Kilmarnock. The medallion inscription reads "THIS FOUNTAIN WAS ERECTED AND VARIOUS IMPROVEMENTS MADE TO THE TOWN OF ABERFELDY BY GAVIN, MARQUIS OF BREADALBANE AS A MEMENTO OF THE CORDIAL RECEPTION ACCORDED TO HIM & LADY BREADALBANE BY THE INHABITANTS ON THEIR FIRST VISIT AFTER THE RESTORATION OF THE MARQUISATE JULY 1885". Mackay records a metal drinking fountain located within Victoria Park, Taybridge Terrace, he continues "It was erected in the centre of The Square, where it stood, crowned with a stone lamp, for a number of years till, proving an obstruction to traffic, it was removed". Subsequently it was re-erected, minus the lamp, on its present site. Gavin, the third Marquis, had to fight for the title and ineritance. His Marchioness was Alma Graham daughter of the Duke of Montrose.