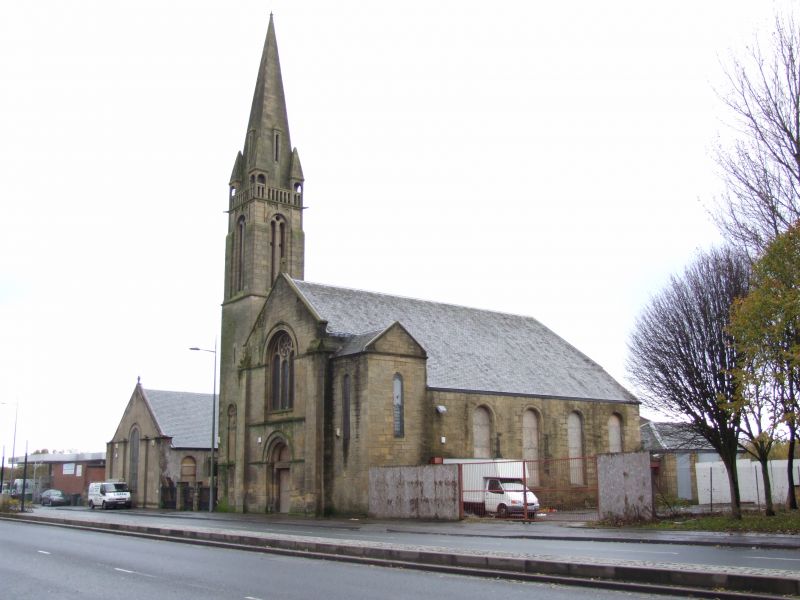 No longer in ecclesiastical use. Although plain in plan and elevation, this former Free Church of Scotland (latterly a Church of Scotland) has a distinguishing tower and spire, similar to many of the fine towers designed by Leiper, Campbell Douglas and Sellars, and Honeyman for a number of Glasgow churches of the 1860s and 1870s. This congregation joined that of Bank Street in 1909 (Lamb). The Hamilton Memorial church is one of Clydebank?s earlier churches and is one of the few remaining landmarks on the principal arterial road running through the burgh..

The church forms an important part of the former 19th and early 20th century streetscape which has eroded greatly in the latter part of the 20th century, particularly after the World War II bombing of the area