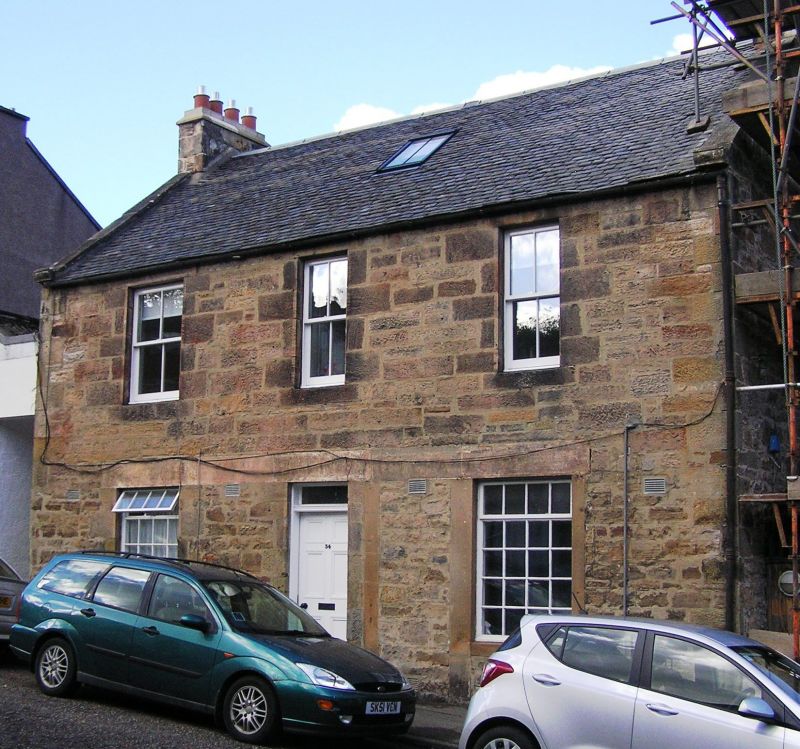 From map evidence it seems that the ground floor of this house dates from the 18th century, which makes it one of the oldest surviving buildings in Colinton. By looking at the stonework it is apparent that the upper floor is a later addition, and was probably built in the nineteenth century. Numerous other alterations have also been made. The 1914 Dean of Guild plans are particularly interesting. The room to the right of the front door was a shop with its own door (now blocked up, but still clearly visible between the front door and right-hand window). The gabled outshot to the rear was the shop storeroom. A staircase stood at the back of the house, but this was removed, thereby turning the house into flats. The upper floor was reached by a cast-iron staircase which led to a new scullery, built in corrugated iron over the existing scullery outshot.

Spylaw Street is one of the main streets of old Colinton village. Although few of the buildings are of exceptional architectural merit, together they form a very picturesque group, which gives this part of Colinton its distinctly unique and village-like character. This traditional house is of significant value to streetscape.